Clear Channel Communications announced a deal late last week with the Warner Music Group through which Warner’s acts will collect royalties when their songs are played on Clear Channel’s 850 stations. This will mark the first time that the music label and its acts — which include Bruno Mars, CeeLo Green, Coldplay and Green Day — will collect payments from Clear Channel. In exchange for the deal and promotion for its acts, Clear Channel will receive a favorable rate for online streaming. 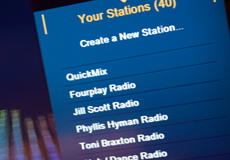 “The big win is to redefine the relationship between music companies and radio for the purpose of building out this exciting new digital future,” said Robert W. Pittman, Clear Channel’s chairman and chief executive.

“In an arrangement that has long irked record companies and led to many lobbying standoffs in Washington, terrestrial broadcasters are not required to pay royalties to labels and performing artists for the records they play on the air,” reports The New York Times. “On the other side, Internet radio services like Pandora, as well as broadcasters like Clear Channel through its station Web sites and iHeartRadio app, pay these royalties, but they have complained that the statutory rates for licensing music are too high.”

Clear Channel has struck licensing deals with smaller companies, but the Warner deal is the first with a major label, highlighting the importance of digital streaming and the ongoing debate over licensing.

“For Clear Channel, these deals are a bet on the future of digital radio, as well as an attempt to control its costs,” notes NYT. “Clear Channel was a supporter last year of the Internet Radio Fairness Act, a bill that would have reduced royalties for online radio; it died in committee after loud opposition from the music industry. Clear Channel could also benefit if federal rate-setting courts look to the company’s privately negotiated licenses as evidence of market rates.”

Terms of the multi-year deal have not been released, although insiders suggest Clear Channel will pay a lump sum for terrestrial and digital broadcast rates.