CBS has introduced an ad-free, $9.99 per month option for its All Access on-demand service. The new option eliminates nearly all advertising, except for promotional interruptions during select series. The original version of the service, with reduced commercials, costs $5.99 per month. “The addition of a commercial-free plan gives our subscribers even more ways to customize their CBS viewing experience — from which devices to whether they watch in or out of the home, and now with commercials or without,” said Marc DeBevoise, president and COO of CBS Interactive.

“The live-streams from local CBS stations, available in 150 markets, will continue to have the same commercials seen by those who watch over-the-air,” reports Deadline. “Those going with the higher priced ad-free option also will see ‘promotional interruptions’ in ‘select on-demand shows,’ the company says.” 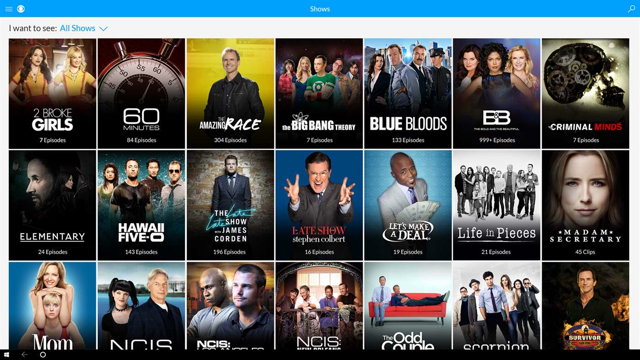 The on demand library features more than 7,500 episodes, including current primetime series. In addition, CBS All Access will introduce original series including a spinoff of “The Good Wife,” a digital version of “Big Brother” and “Star Trek: Discovery.”

According to the release, “CBS All Access is available online at CBS.com, on mobile devices and tablets via the CBS App for iOS, Android and Windows 10, and on Roku Players, Apple TV, Xbox One, Xbox 360, Chromecast, Android TV, Amazon Fire TV and Fire TV Stick, with more connected device platforms coming soon.”

The ad-free option arrives about a year after streaming service Hulu made a similar move. “It now charges $11.99 a month for the no-commercials option,” notes Deadline, “and $7.99 for what it describes as ‘limited commercials.’”