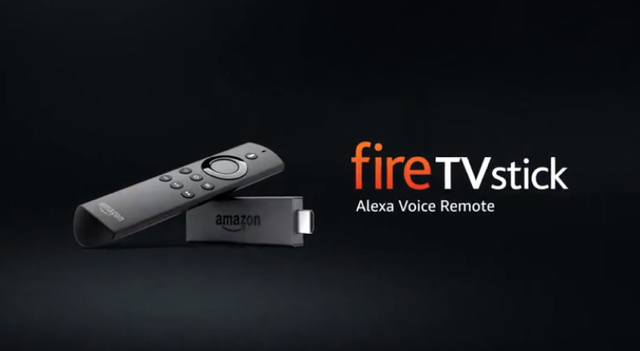 Software that rolls out in an upgrade later this year will also offer more customizability and a priority of “specific shows and movies over apps” for “the new Fire TV Stick and current 4K Fire TV (which also plays host to Alexa).” The new Fire TV Stick ships October 20. The first Fire Stick shipped in 2014, with a basic remote.

The new Fire TV Stick does not, however, offer 4K video, but “tops out at 1080p HD quality video.” To watch 4K video, the user will have to buy the “larger $100 Fire TV, or another device such as the new Roku Premiere, Premiere+ or Ultra set-top boxes.” The Fire Stick is also “not the only low-cost way” to access Alexa, since Amazon also introduced a second-gen Echo Dot speaker for $50.