The Los Angeles Times interviewed Amazon Game Studios VP Mike Frazzini and head of its Irvine development studio Patrick Gilmore. The “big-picture philosophy of Amazon Games,” said Frazzini is that, “we view the cloud and shared experiences as being historically the past, present and future of games.” Games, he adds, have evolved from arcades to today’s “Twitch and e-sports and modding and cosplay.” He adds that Amazon has been “thinking about developing game technology to enable those experiences.” 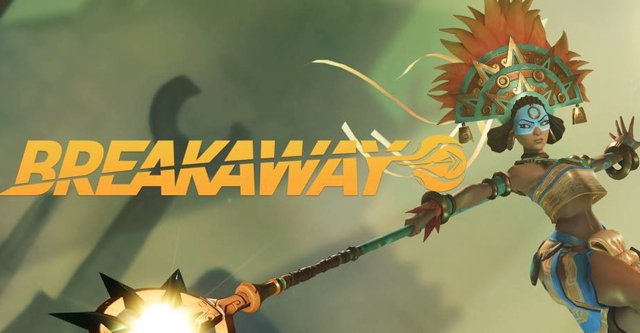 “What impressed us about [then-Double Helix executive Gilmore] was three things,” said Frazzini. “They were bringing in pro players for hours of testing and feedback. They obsessed over customers early on. Second, we thought their technology was solid. A lot of Lumberyard came from Double Helix, to construct fantastic animations. Third, they were on the rise. We felt we were catching them before anyone.”

Asked if “Breakaway” could be “an e-sport, where fans watch matches for fun,” Gilmore said, “that’s for the community to decide.”

“But as I consider what defines a sport, it’s moments of athletic prowess that spectators can’t predict,” he said, recounting that one player last week “did a move that really required understanding the game.”

“He had a character that double jumps so he popped up the relic, activated his jump, caught it in mid-air, [loaded up for] a shot, did the second jump and from his apex scored a goal from really far away.”

“Go out early, listen to customers” is the strategy, said Gilmore. “We want to make games that have the potential to be really big, but also we want to make something that’s brand new.”