Amazon is launching an offline viewing feature for its Prime Instant Video service on the new line of Kindle devices. The move is an attempt to catch up to Netflix and make the Amazon offering distinct from other subscription video services. Google is planning its own offline video feature for YouTube mobile apps as well. It remains to be seen if offline viewing will be a desired feature in the long term, but Amazon is the first to offer such an option. 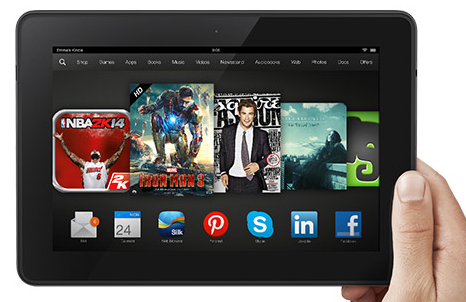 “Amazon’s new line of Kindle Fire HDX tablets will let Prime Instant Video users download some movies and TV shows to their devices, for free, for up to 30 days, so they can watch without an Internet connection,” reports AllThingsD. “Once they start watching a particular title, they’ll have 48 hours to finish.”

Currently, offline viewing is not available on any other U.S. streaming subscription service (YouTube mobile apps will introduce offline options in November). Offline streaming would be particularly useful for travelers or device owners without an Internet connection.

According to Amazon, it would like to offer the download feature for its entire Prime Instant Video catalog. However, the service will initially only have a limited number of titles as Amazon will have to negotiate with content owners over rights.

The company will not disclose the exact number of titles that will be available for download, but it will offer “tens of thousands” films and TV shows out of more than 41,000 titles in Prime Instant’s catalog. Studios participating in the new service include NBC, Viacom, Sony and Warner Bros., and include titles such as “Under the Dome,” Downton Abbey,” “Dora the Explorer” and “Goodfellas,” notes Amazon.

Launch of the new feature demonstrates that Amazon wants to distinguish itself from competition such as Netflix and Hulu. Up to now, services have primarily differentiated themselves by exclusive content rights.

Download rights are expected to appear via services from Amazon’s competitors, say video industry executives. YouTube has announced plans to offer offline viewing for its free videos; downloading video content may be a welcome feature as many users can easily watch video online.