Amazon has released a new update for its Amazon Instant Video app for iPhones and iPads that lets viewers watch the first episode of selected TV series for free, as long as viewers are willing to watch ads both before and during the show. The ad-supported model is a departure from Amazon’s focus on making revenue through its subscription streaming service, Amazon Prime Instant Video. The iOS update also brings a slew of HBO content, as part of a recent licensing deal. 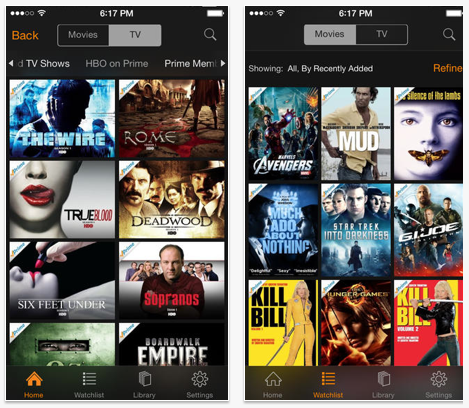 Amazon Instant Video users will be able to watch the first episode of hundreds of selected shows with the new iOS update. The shows include both new and old titles, such as “The O.C.,” “Roots,” “Wonder Woman,” “Two and a Half Men,” “Duck Dynasty,” “The Good Wife,” “Suits” and “Sons of Anarchy.”

Amazon Prime Instant Video subscribers will not see the ads played during these shows if the titles are already available in the Prime catalog.

Amazon has denied plans to launch a free, ad-supported video service in the future, according to TechCrunch. However, the update does represent an expansion of their free TV offerings. The “First Free Episode” feature has already been available on Kindle Fire and Roku devices.

Viewers will also be able to access HBO content on the iOS app. Amazon added HBO favorites, such as “The Sopranos,” “The Wire,” “Deadwood,” “True Blood” and “Boardwalk Empire” to the Amazon Instant Video app. HBO made its first deal to license its content to a streaming service with Amazon in April.