Acer Announces 4K for Phone and Touch for Low-End Laptop

Acer announced that its Liquid S2 smartphone will offer 4K video recording capability. While offering 4K video recording on a smartphone may currently seem unnecessary, it may become a more widely adopted feature of upcoming handsets. Meanwhile, Acer will also be including a touchscreen option for its low-end E1 laptop. The option of touchscreen for the Acer laptop may help overcome some of the initial confusion faced by Windows 8 users. 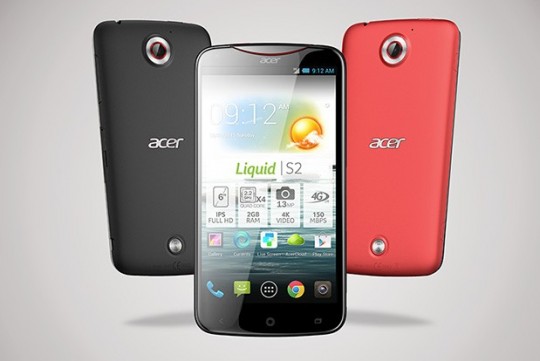 The Liquid S2, an Android headset, will utilize a back-illuminated sensor to help cut down on image noise and will run on a 2.2GHz Qualcomm Snapdragon 800 chipset, which will be able to handle 4K in terms of processing.

“A smartphone shooting 4K video only makes sense if you can upload those 4K YouTube videos through a fat network connection — these files are not going to be small,” reports GigaOM. “Happily, the Liquid S2 features both 4G LTE and the new 802.11ac Wi-Fi standard.”

Although 4K recording resolution may not be viewed as vital for smartphones, the television industry is pushing 4K for sets as 3D is slowly dying outside of the cinemas. We may see more 4K on handsets in the near future.

Furthermore, Acer’s announcement that it will be incorporating a touchscreen option for its low-end E1 laptop is notable because it is somewhat of a precedent for this capability to be offered for devices that aren’t small, light, and expensive.

The touchscreen option is also good news for Microsoft.

“This could help to overcome one of the great failings of Microsoft’s initial Windows 8 efforts. Thus far, you could get Windows 8 on a cheaper laptop, but the lack of touch made the user interface confusing for many people. Or you could pay a premium for a portable, touch-enabled notebook,” explains GigaOM.

Including a touchscreen option for laptops could help Windows 8.1 appeal to the laptop buying masses. The new E1 will go on sale in Europe in mid-October, and will start at $527.

Acer is demonstrating its products this week at the IFA 2013 show in Berlin, Germany.