YouTube has spent more than a year creating YouTube Go, a site that has been customized to accommodate the limitations and needs of millions of new users from Brazil, China, India and Indonesia. These new users, online for the first time, bring different devices, connectivity and ideas about what the Internet is to them. YouTube has sent designers, engineers and researchers to those countries to plan a strategy. The challenges are balanced by the chance to engage more than one billion people of every socioeconomic level.

Wired reports that Forrester research director Ashutosh Sharma calls India “uniquely enticing for any company looking for growth markets.” “It’s a country of 1.25 or 1.3 billion, and only 200-250 million people have Internet connectivity,” he said. “There’s a growing middle class, and people crave foreign brands. It’s going to be even more open in coming years.” 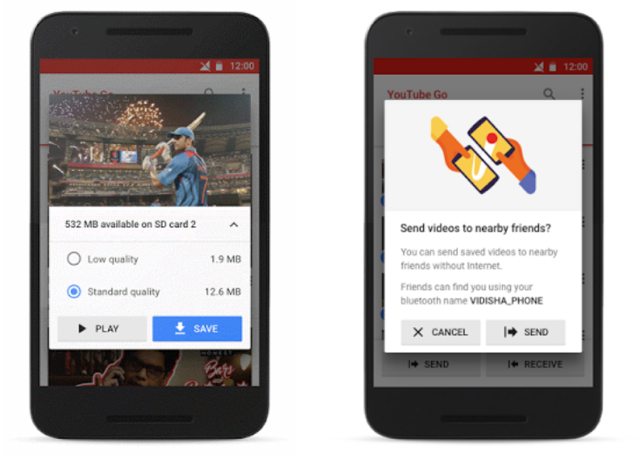 The YouTube staffers making the new app first went through “an internal Google bootcamp designed to open their minds to new ideas,” visited the new users, and came up with a set of “core principles.” Those include “making the app work even on even the cheapest phones, enabling sharing between people, localizing the app as much as possible, and maximizing data-friendliness.”

That means the app has to work offline because “data is expensive, and connectivity can be hard to come by.” The solution was to compress and cache video thumbnails to allow users to “see, share, and watch videos without ever pinging a cellphone tower.”

YouTube Go also has a preview feature that lets the user see a few frames of video and tells him the size of the file so he can make an informed decision whether he wants to download it. Videos are highly compressed, and the site also only uses six-second ads. “I can honestly say, after being in India, that the 2G in our office is fantastic,” said the team’s engineering director Arvind Srinivasan. YouTube Offline launched in India two years ago, and is now part of the product around the world.

The company has launched YouTube Go to a few thousand users, in a phased rollout due to be complete in early 2017. That kind of launch allows YouTube to tweak the new site as it goes along. Wired predicts that “many of the changes will appeal to everyone,” and that “if YouTube Go is successful, it will change every part of YouTube.”