For those looking for an affordable VR alternative, RiftCat has been busy developing an app called VRidge that streams virtual reality games from a PC to a smartphone over Wi-Fi. The beta is currently available for Android, but the company is also working on an iOS version. The most recent update added support for SteamVR and Razer’s open source OSVR project. The implications could be significant, especially when considering the cost of investing in a high-end VR headset, such as the $600 Oculus Rift or $800 HTC Vive, both of which still require a powerful PC starting in the $1,500 range.

The VRidge app works with more affordable VR headsets such as the $20 Google Cardboard and Samsung’s $99 Gear VR. However, one downside is that the platform does not yet support all games. Another involves problems with latency, since it is streamed wirelessly. The Oculus Rift and HTC Vive do not support wireless. 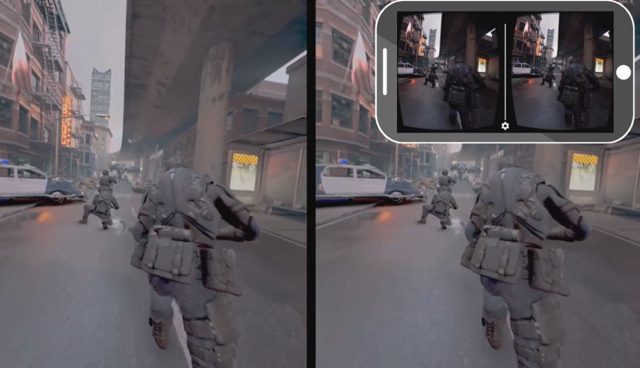 “And there’s a good reason for that, since there’s a considerable delay to factor in,” reports Digital Trends, noting that this has not yet “become a viable solution for commercial products.”

“Even if we claim that mobile VR is untethered, it’s basically just solved by packing all of the mobile horsepower in front of the lenses to enable your virtual experience. Truly wireless solutions are being investigated by all major VR headset manufacturers, and the first one to achieve it will have significant leverage against its market rivals.”

According to The Verge: “There’s already one company doing this, Trinus VR, but VRidge claims to have a ‘complete runtime replacement’ for VR titles, ‘with low level hooks that emulate Oculus.’ Right now VRidge can only do rotational tracking, not positional (basically, the same limitations as Google Cardboard and Gear VR), but these ‘low level hooks’ should give VRidge a theoretical way to do positional tracking with a phone.”

While still in beta, RiftCat explains that the tech in its “current state relies on many third party components and compatibility cannot be guaranteed.” RiftCat has posted developer updates to Reddit and its blog, including recommended SteamVR settings and tips regarding games such as “Elite: Dangerous” and “Euro Truck Simulator 2.”