Following the shutdown of Aereo, Chet Kanojia is back with a new venture that intends to revolutionize broadband delivery. New York- and Boston-based startup Starry is looking to introduce a test version of its super-fast, wireless Internet service this summer. With its planned July beta release, Starry will join companies such as AT&T, Ericsson, Facebook, Google, Huawei, Qualcomm and Verizon that are working on millimeter wave fixed wireless systems to approach gigabit-per-second service in homes and businesses.

The pursuit of gigabit-per-second wireless service has been underway for at least 15 years, but recent developments in software and microelectronics have made the concept more practical. Starry hopes to offer Internet access at speeds up to 100 times faster than today’s average connection.

Beta testers in Boston will position a small antenna unit outside their house, apartment or office. “The inside portion of the device will have an Ethernet jack to connect an existing Wi-Fi router, or one of Starry’s making,” according to MIT Technology Review. 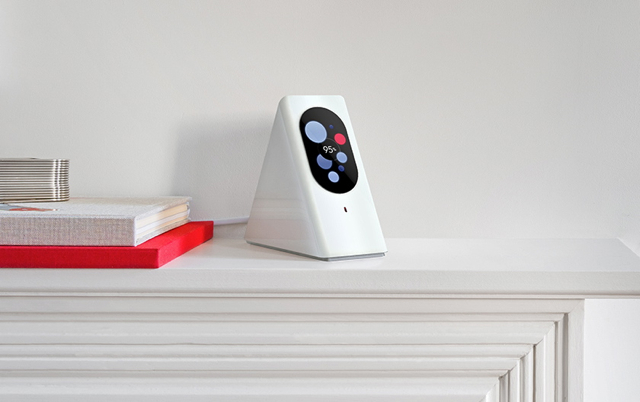 “The Starry router, called Starry Station, is already on sale and has a Nest-like feel to it; a touchscreen interface displays circles representing consumption levels of devices in the home and other network information.”

While Starry’s compact rooftop transmitters are still under development, the model could have a significant impact on Internet delivery. Building the infrastructure for a new fiber or wired network can cost up to $2,500 per customer, whereas Starry’s cost could run a mere $25, according to Kanojia.

“The company, which intends to be the service provider to customers, would lease fiber from an intermediary such as Level 3 to purchase wholesale bandwidth, just as other ISPs do,” explains Technology Review.

“Wireless transmissions are distributed over arrays of 16 or more antennas, and dispatched in rapid and very complex pulses that allow one transmitter to serve hundreds of customers at a time,” notes the article. “What’s more, these arrays can reach some customers’ antennas that aren’t in the line of sight. Starry says it has measured speeds from 300 megabits per second to more than one gigabit per second at a range of between one and 1.5 kilometers.”