At the Unite Europe conference in Amsterdam, more than 1,400 game developers examined tools and innovations from game engine company Unity. Among those was the virtual camera system Cinemachine, which makes it easier for even neophyte content creators to get creative with animation, games, eSports, cinematics and movie pre-visualization. Unity’s Asset Store offers free 3D models and environments, including the Adam character from last year’s impressive tech demo. The engine also offers generic animations that can be applied to characters.

The Verge reports that Unity also plans to add a timeline view, which will let the game “sit on multiple layered timelines with triggered or timed events, not too dissimilar to how your GarageBand samples are arranged on the screen.” Although making a game will still require coding, the new tools will allow a user to animate a short movie, with a nonlinear editor similar to systems such as Sony Vegas or FruityLoops. 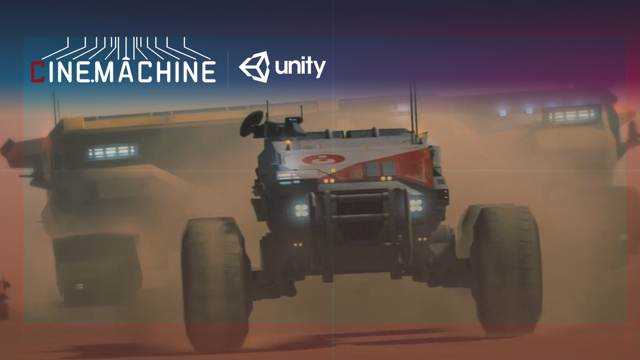 Cinemachine automates moves such as adjustable camera shake, dolly shots, fixed tracking views, and a “gorgeous panning transition” when the user drags the edge of a timeline clip over the other.

Unity will now allow users to tweak photos and videos with an “absolute delight of granular toggles and sliders,” impacting shadows, color balance and other “cinema-quality post-processing” that won’t require the ability to code and offers the benefit of “instant playback and review.”

Adam Myhill, who has “an extensive career in cinematography and game engine design,” created Cinemachine and says he’s gotten “very positive feedback from Disney’s CTO, who is apparently a very hard person to impress.” The Verge predicts that, “there’s a good chance that established animation studios such as Disney will soon start to experiment” with using Unity to handle animation and cinematography for animated shorts.

But the reviewer says he is “geeked about the potential of inexpert users like me picking up the Unity engine and turning out our own creations,” especially since “Unity is free to use until you start making substantial money out of it.”