Chinese startup Ryze Tech is debuting its smartwatch-sized, 80g toy drone in Las Vegas this week. Featuring vision-processing tech from Intel and flight stabilization from DJI, the $99 Tello will launch in China later this month and be available in the U.S. after March. The drone is aimed at younger users, with an emphasis on safety and ease-of-use, and features an HD camera for capturing 5-megapixel photos, 360-degree video, and live-streaming to a mobile device or third-party VR headset. The Tello is capable of flying for 13 minutes at a time and is controlled from a mobile app connected via Wi-Fi.

“The Tello uses an Intel Movidius Myriad 2 VPU, which handles object recognition in DJI drones, letting them do things like respond to hand gestures,” reports The Verge. 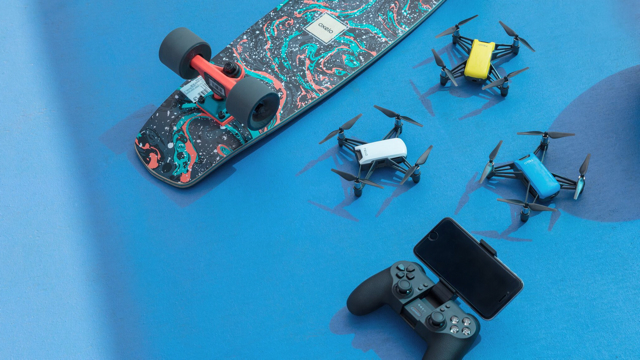 “In the Tello, it’s supposed to help the drone hover in one place more consistently, or land in an outstretched palm. It’s supposed to help take some of the pressure off kids who are just learning to fly a drone, letting them focus on capturing video or programming flight patterns using the simple coding tool Scratch.” 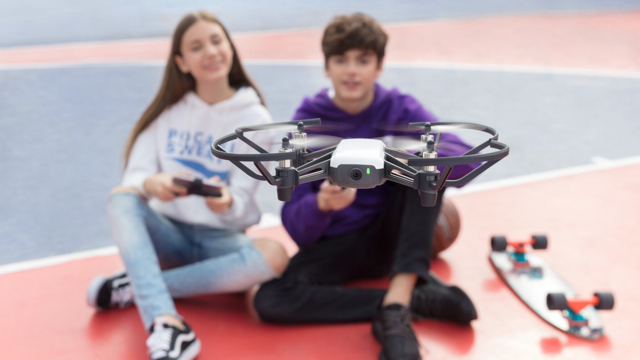 According to the press release, “Tello houses an HD camera and comes with a pre-programmed one-touch flight function called ‘EZ Shot,’ letting [users] capture a 360 video, fly in a circle and command Tello to fly ‘Up & Out’ seamlessly,” so users can spend less time controlling the drone and more time capturing footage.

“The idea of making play an essential part of learning and putting this concept into a drone makes the Tello more than just a toy,” suggests DJI vice president Paul Xu. “It’s an opportunity for kids and young engineers to discover the ingenuity and science behind aerial technology.”

Pre-orders for the Tello quadcopter can be made via the B&H site.