Sony’s new CLEDIS system, most likely aimed at use in large venues such as convention centers (where it was shown at CES 2017), is composed of hundreds of LED tiles, each just 17.875 inches wide. At CES, the 36-foot by 9-foot display showed an astonishing resolution of 8K by 2K. CLEDIS relies on RGB emissive display technology, by which “nearly microscopic LEDs” glow red, green or blue. The result gives Sony’s display the ability to render color volume in a manner that the company calls “off the charts.”

Gizmodo reports that a Sony rep said the company’s display is “rapidly approaching Rec. 2020,” which the publication calls “a color volume spec so ambitious that, until now, it’s only been possible in theory.” The actual availability of CLEDIS depends on who has enough money to pay for it. Although Sony hasn’t listed a price, the company says that the display system is “available to any business” and that “it can be infinitely customized.” 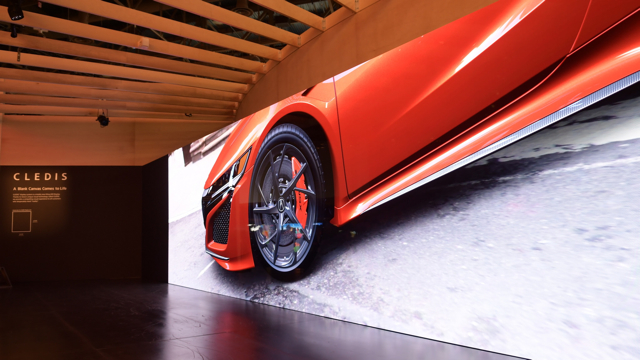 USA Today describes CLEDIS, which stands for Crystal LED Integrated Structure, “like a Lego block for digital displays.” Each unit is “roughly a 16-inch x 18-inch rectangle” that can be joined to other blocks to form “whatever size and shape the owner wants.”

Although that modular construction style isn’t new, CLEDIS shows unprecedented image quality. Aimed at the business market, customizable CLEDIS will be installed by Sony’s Professional Solutions division. CLEDIS was debuted in mid-2016 and since then has been installed in several locations. 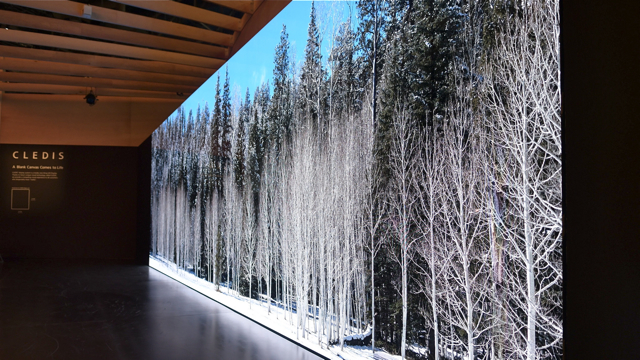 “A system like CLEDIS offers far more possibilities than just making a typically proportioned TV screen bigger,” reports USA Today, which suggests a display of “hundreds of blocks wide but only one block tall” could serve as “a high-res news ticker that could run the perimeter of a shopping mall.” Its color technology allows it to “achieve 140 percent of the sRGB color space,” and perfect black when a pixel is turned off.

If this is the future of home displays, says USA Today, that future isn’t coming any time soon. “The technology that drives that incredible picture performance is only possible because the pixels themselves are so large,” it notes. “If you get close, you can definitely see the grid patterns of panels, sub-panels, and pixels.”

Cost is, of course, another factor, with the CES display estimated to have cost “over a million dollars.”