Microsoft and Samsung have partnered on a new virtual reality headset, HMD Odyssey, that relies on the former’s Windows Mixed Reality, Windows 10 software for immersive computing on devices and headsets. Samsung is not the first company to base its VR headsets on Windows 10: Acer, Dell, HP and Lenovo Group are all building such VR devices. But Samsung is Microsoft’s most important partner thus far as the computing company faces Apple, Google, Facebook and other major rivals in the virtual reality/augmented reality arena.

The Wall Street Journal reports the reason is because “Samsung is already a leader in virtual reality with its Gear VR device that runs Facebook’s Oculus technology.” The HMD Odyssey (below) comes with two controls, an OLED display rather than the LCD displays “used on lower-priced headsets,” headphones and a built-in microphone. 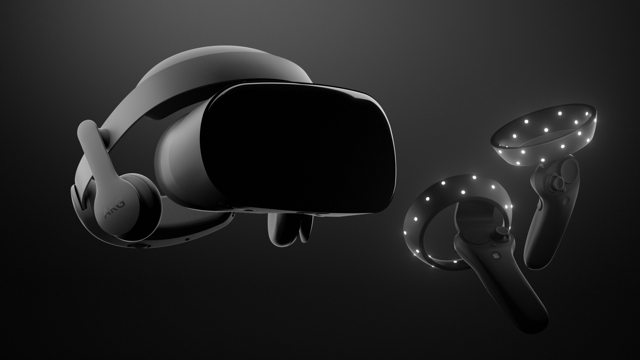 Microsoft, which “was among the first to jump into the business, introducing its HoloLens augmented-reality headset nearly three years ago,” plans to “build an entire technology ecosystem for virtual and augmented reality, and put itself at the center,” with “Windows Mixed Reality … as the technical underpinnings for both VR devices and augmented-reality devices.”

“We are the only company to embrace the entire continuum of mixed reality,” said Alex Kipman, a leader on the HoloLens team. Microsoft also purchased AltspaceVR, “a social-networking service where users can interact in a virtual space even if in separate locations,” and plans to incorporate games from Valve’s Steam. (Read Kipman’s post on the Microsoft Windows Blog: The Era of Windows Mixed Reality Begins October 17. Below are some of the Windows Mixed REality headsets available for pre-order.) 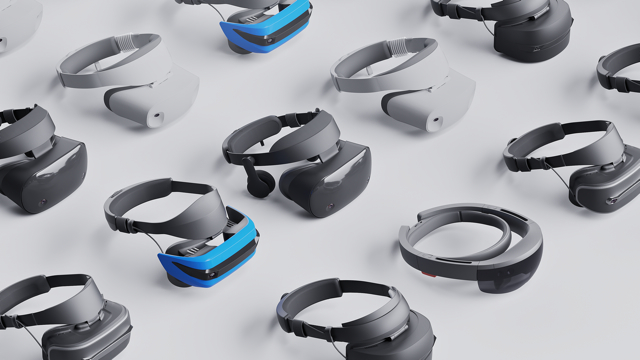 TIME offers more details about the Odyssey, reporting that it will offer 1,440-by-1,600 pixel resolution per eye, which is “higher than both the Oculus Rift and HTC Vive, which each offer 1,200-by-1,080 pixels per eye.” Samsung will construct the screen with “the same vibrant AMOLED technology” it uses for its smartphones, and the headset’s AKG headphones will support spatial audio.

The new headset “includes inside-out tracking, which means users won’t need to set up an external camera to track a wearer’s motion in space,” and built-in microphones will enable communication with Microsoft’s Cortana virtual assistant. “The Odyssey appears to be Samsung’s first premium headset that’s fully equipped to take on high-end options like the Rift.”

According to International Data Corp., this year, 13.7 million VR and AR headsets will sell, skyrocketing to 81.2 million units by 2021, “a compounded annual growth rate of 56 percent.” Apple and Google are attempting to create their own VR/AR markets, with, respectively, ARKit and ARCore platforms.