Rovi has completed its $1.1 billion cash and stock deal to acquire DVR pioneer TiVo and, in an unusual move, announced that it would rename itself after the company it just purchased. The company also unveiled TiVo UX, its new on-screen user experience that integrates programming options from multiple platforms for a seamless search and recommendation interface. The new UI — featuring TiVo’s innovative Prediction tech — is designed to access content from TV and mobile sources quicker and easier, in an effort to “allow every device to become a primary screen for video consumption.”

According to the company’s release, TiVo UX “builds on TiVo’s world-class usability, ensuring the viewer is always close to what they are looking for across content sources, and provides customizable shortcuts for functions on the main menu to give users faster access to their entertainment — not just traditional TV and movies, but also music and short-form videos.” 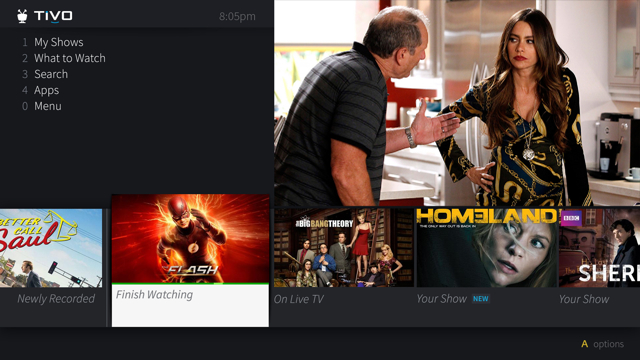 “Rovi said its shares will now be traded on NASDAQ under the TIVO ticker symbol,” reports HD Guru. “Daniel Moloney and Jeffrey Hinson, who were former directors of the old TiVo, will join the board of the new expanded company.”

Rovi at one point was Macrovision, which developed a copy protection system for pre-recorded VHS content. The company is now best known for its on-screen guides and related search and recommendation tech.

UPDATE: TiVo has also rolled out its latest DVR — the 4K-ready BOLT+ featuring six tuners and a jump to 3TB storage. ETCentric will have details tomorrow.