The advent of 4K TVs presents much the same conundrum that HD did when it arrived: fabulous new display technology but very little content. One solution is to upscale HD and 2K content to 4K, but the result isn’t always ideal. “Generally, any form of scaling creates an adverse effect on the image, even though the 4K display is better,” said Graham Loveridge, Pixelworks SVP of strategic marketing and business development. “That’s because the pixels are being stretched. You’re creating a ramp rather than a sharp transition.” 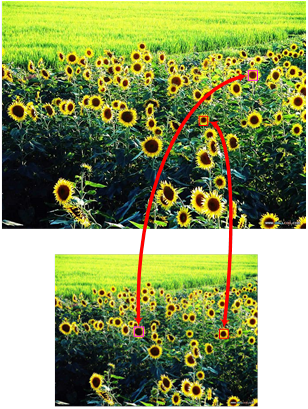 Pixelworks has a solution based on Super Resolution, an approach that enables high frequency fine detail to be preserved during upscaling.

“With Super Resolution, you re-map the image to a new pixel grid of the 4K display, maintaining sharp resolutions and transitions,” explained Loveridge. “It is a complicated process and there are two basic approaches to doing it.”

One technique relies on multiple frames, looking at the motion of the objects between those frames. “But that approach doesn’t work on still images,” said Loveridge. “In order to operate on both still and moving images, you need a single frame technique.” This approach — called similarity scaling — looks for similarities inside the image to create the best, most appropriate scaling from image-to-image.

An image of a field of sunflowers, for example, scaled up from HD to 4K would use the bigger sunflowers in the foreground to reconstruct the smaller ones in the background. “This approach doesn’t create distortion,” Loveridge added.

Right now, Pixelworks’ scaling solution is being shown in technology form only. “I believe the next wave of 4K displays will incorporate it,” he commented. Pixelworks is already engaged in conversations with numerous TV set manufacturers.

Those new 4K TV sets will most likely be on the market at around the same time that we’ll see products that actually deliver that 4K content to the home.