At CES 2017, Nuvyyo unveiled the Tablo Live stick, which offers free over-the-air television on any device, a DVR app for the Nvidia Shield game console, and previewed a cloud DVR for broadcast TV. The company, which also manufactures the cord-cutting Tablo DVR, explains that Tablo Live doesn’t plug directly into a TV set but, instead, streams live TV to devices with already-installed Tablo apps, available on Android phones, iPhone, Roku, Fire TV, Xbox One and Apple TV. Tablo Live will ship in Q2 for $99. Cord cutters may also be interested in Mohu, which introduced its Airwave device at CES.

Variety reports that, “consumers won’t have to pay any subscription fees to watch networks like ABC, CBS and Fox with Tablo Live, but the device doesn’t support any recording functionality at launch.” The cloud DVR solution that Nuvyyo previewed at CES will offer the ability to store Tablo Live recordings in the cloud and “stream them to any device with Tablo’s apps.”

The cloud DVR, whose price hasn’t been revealed, “will be marketed as a paid subscription,” with the possibility of offering “multiple plans based on the number of hours available for recording content.” 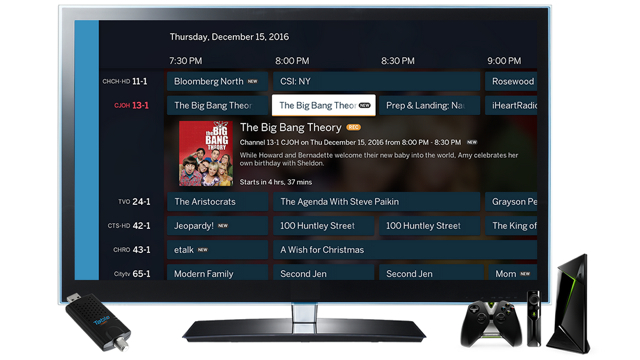 Unlike Tablo DVR, which offers up to four tuners, Tablo Live will have only one built-in tuner, meaning users “won’t be able to watch different channels on multiple devices at the same time.”

With regard to the Nvidia Shield, Tablo released a new Droid app that turns it into a DVR software solution, “provided that consumers also add a TV tuner adapter.” In Q2, Tablo will also start shipping its own adapter for Shield, also working with a third-party tuner, this one from Hauppauge.

Although Boxee tried and failed to launch a cord-cutting solution based on a cloud DVR, Tablo Live, says Variety, “is an interesting product even without the added cloud storage,” due to its “very robust guide” and “the ability to watch live TV on mobile devices without any additional costs.”

Variety also reports that antenna manufacturer Mohu is introducing Airwave, a new product that is “essentially an antenna with an integrated networked TV tuner, allowing users to stream broadcast TV to a number of mobile or TV-connected devices.” When Airwave ships in May (for $150), it will only offer live viewing of OTA content. 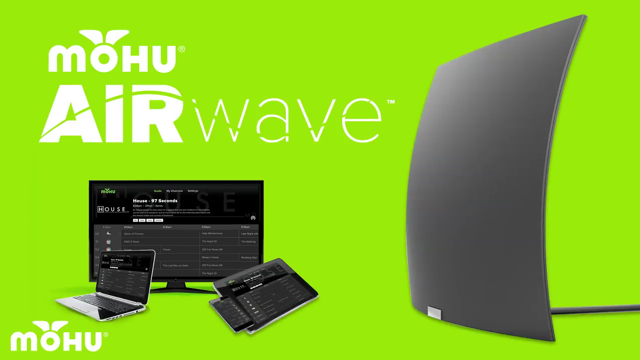 Airwave will also offer ClearPix technology that smooths pixelated images, “to improve the picture quality of over-the-air broadcasts.” The company may add a DVR recording feature eventually, although the prototype didn’t include a USB port for external storage, meaning it would require a hardware tweak.

Mohu also plans to release apps for Roku, Apple TV, Chromecast, Fire TV and mobile phones that will “combine live broadcast TV from networks … and a selection of online streaming content,” with a grid-like guide. The company, which began selling in 2011, is “best known as the pioneer of flat broadcast TV antennas that have become a favorite with cord cutters looking for an alternative to unwieldy rabbit-ear antennas.”