The once-popular Finnish smartphone manufacturer Nokia, now under the aegis of HMD Global, is introducing a new mobile device. With its Android-based Nokia 8, the company hopes to compete with the iPhone 7 and Samsung Galaxy S8. HMD Global, led by former Nokia employees and funded by private equity, bought Nokia’s phone tech from Microsoft, which purchased it in 2013. The flagship phone, encased in polished aluminum, is 7.9-mm thick and features a high-resolution 5.3-inch screen, 4K video recording, Carl Zeiss optics and spatial audio emanating from its 360-degree camera.

The Guardian reports that the phone offers a new feature: the so-called “bothie” uses the company’s Dual Sight technology to shoot video or photos from both the rear and front facing cameras, and can be livestreamed to Facebook and YouTube. Nokia encourages consumers to “Share both sides of the story.” 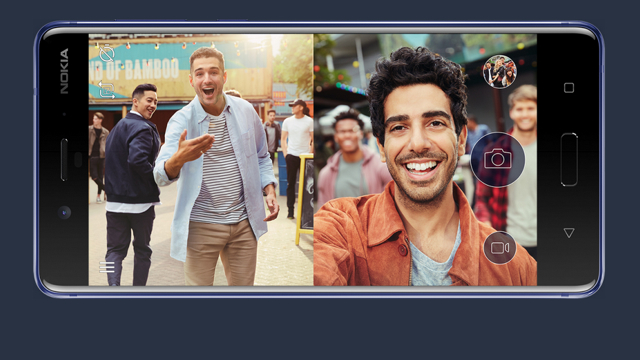 “We know that fans are creating and sharing live content more than ever before, with millions of photos and videos shared every minute on social media,” said HMD chief product officer Juho Sarvikas. “People are inspired by the content they consume and are looking for new ways to create their own.”

The Nokia 8, however, “lacks the super-slim bezel designs of the best devices from 2017, with large panels above and below the screen, which have been eliminated by rivals.” Previous partners Nokia and Zeiss came together again for 13-megapixel rear-facing cameras and a computational photography technique “similar to that employed by Apple, Google, Huawei and LG in their latest smartphones.” 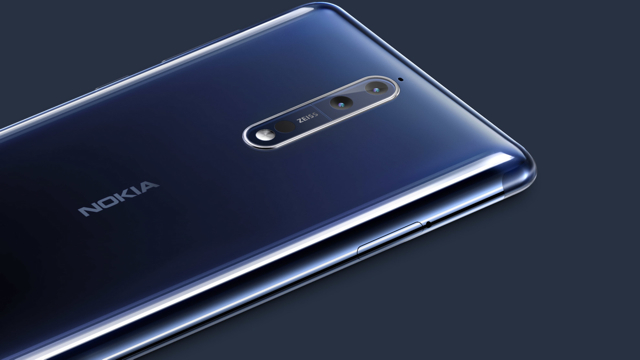 The spatial audio technology was used in Nokia’s OZO 360-degree camera, and can play back sound “how it was captured during recording.”

“The Nokia 8 has some innovative features including the dual-sight function on the camera and the 360-degree audio recording,” said CCS Insight chief of research Ben Wood. “But it’s not yet clear whether these are game-changing features that will lure consumers away from established rivals such as Apple and Samsung.” Wood says that “aggressive pricing and marketing “ are crucial to the Nokia 8’s success.