Nintendo has teamed up with Japanese mobile game company DeNA to bring Nintendo’s popular characters to smartphones and tablets. DeNA and Nintendo plan to build an online gaming service that will be introduced this fall. However, Nintendo has not completely abandoned its strategy to build games for its own hardware. The company is also working on its next game console, codenamed the NX, which may be unveiled next year. It may possibly incorporate VR or media services offerings. 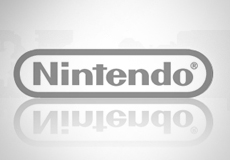 Nintendo is entering the mobile game industry several years later than gaming companies like Electronic Arts. For years, Nintendo insisted on making its content available only on its own hardware, similar to how Apple tried to control both hardware and software.

According to The New York Times, “Nintendo’s sales and profits suffered badly in recent years as game-playing on smartphones and tablets skyrocketed.”

After the announcement of Nintendo’s new partnership, Nintendo’s stock rose by 21 percent in one day. Investors seem confident that Nintendo can transition into mobile gaming. Nintendo’s games are usually much more expensive than typical free-to-play mobile games, but DeNA has experience with generating revenue from mobile games. Analysts believe that Nintendo’s playful characters like Mario will translate easily to a smaller screen.

Nintendo may be late to mobile gaming, but it was actually the first to make portable gaming popular. Nintendo’s Game Boy and 3DS were the original portable gaming consoles. However, portable games only bring about $4 billion in revenue per year while tablet and smartphone games rake in about $15 billion.

Meanwhile, Nintendo is also working on a new game console. CEO Satoru Iwata says more details about NX will be available next year. TechCrunch reports that the company needs to impress after the Wii U fell short of expectations.