New Animation Technology to Save Production Time and Cost

A team from Disney Research Zürich led by Wojciech Jarosz has developed a new rendering technique that is expected to save animators significant time in the editing process of feature films. The new computational algorithm, which is being presented at this week’s ACM SIGGRAPH Asia conference in Hong Kong, can reduce rendering times for scenes that are affected by light — like those with water and smoke — by a factor of up to 1,000.

According to io9, movie scenes with substances like smoke, fog, water, mist, and dust are called “participating media” by animators because of their tendency to “deflect or scatter light as it travels the distance separating its source from the camera.” They’re incredibly complex scenes to edit. 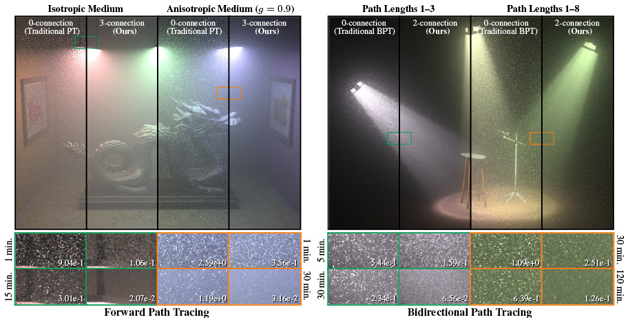 “Existing rendering algorithms account for participating media by randomly sampling potential paths that light might take through a scene, and then averaging the results,” io9 reports. But the participating media may take any number of paths, many of which “often have little or no effect on the look and feel of the final animated sequence.”

This time-consuming process can even have adverse effects, which is why calculating the paths of each and every path is a waste of both time and processing power.

“Joint importance sampling” is the research team’s answer to these problems. The process is a more efficient one that “identifies which paths of light are most likely to contribute to what the camera actually sees,” according to io9. “The algorithm helps sort out which paths are important to include when rendering the final scene, and which can be excluded,” which would not only save animators time, but could also save production costs.