Internet of Things: Google to Buy Nest Labs for $3.2 Billion

Google is making a run for the connected home. On Monday, the company announced it is acquiring Nest Labs, a maker of smart smoke alarms and thermostats, for $3.2 billion. This is Google’s second largest acquisition to date, behind the 2012 purchase of phone maker Motorola Mobility. Nest Labs is considered a poster child for the Internet of Things movement, a key focus of last week’s CES in Las Vegas, where companies showcased sensor, communication, and computing tech to make everyday life easier.  END_OF_DOCUMENT_TOKEN_TO_BE_REPLACED

New Animation Technology to Save Production Time and Cost

A team from Disney Research Zürich led by Wojciech Jarosz has developed a new rendering technique that is expected to save animators significant time in the editing process of feature films. The new computational algorithm, which is being presented at this week’s ACM SIGGRAPH Asia conference in Hong Kong, can reduce rendering times for scenes that are affected by light — like those with water and smoke — by a factor of up to 1,000. END_OF_DOCUMENT_TOKEN_TO_BE_REPLACED 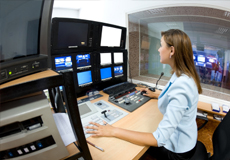 Autodesk: Smoke for Mac Strikes Balance Between Cost and Performance