Mozilla is teaming up with major phone manufacturers as part of a plan to offer sub-$50 smartphones in emerging markets. The company is looking at international regions with growth potential as the global market for smartphones continues to take off. Mozilla is also pushing for more mobile devices to run its Firefox operating system, which it is pitching as an alternative to dominant systems from Google and Apple. 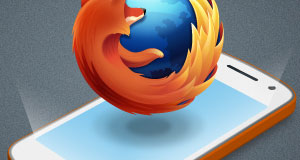 “Mozilla aims to make a big push in the mobile market by powering the next two billion low-cost smartphones of first-time users in emerging markets,” reports The Wall Street Journal. “The company aims to secure a 10 percent share of the global smartphone market, though it didn’t say when it expects to achieve that target.”

“Sub-$50 is a sweet spot for emerging markets like India and China,” suggests Li Gong, Mozilla SVP of mobile devices. “We will see it happen soon with more low-cost smartphone reference designs coming from our manufacturing partner Foxconn and Chinese chip-design house Spreadtrum.”

“Firefox OS relies on HTML 5, a website-development language that tries to give Web apps — programs that run directly on websites and are accessed through Web browsers such as Safari, Firefox and Chrome — the same capabilities as so-called native applications that are downloaded to a device like the iPhone,” explains WSJ.

“Our Web-based mobile software is lighter and consumes less power and memory compared to Google’s Android and Apple’s iOS. It offers the same performance at a lower cost of hardware,” claims Gong. “Another advantage is that Mozilla is a truly open mobile ecosystem. Our Web-based applications can run on any mobile devices, including iPhones and Android phones.”

Meanwhile, Google plans to launch mobile devices powered by its Chrome OS, which is also browser-based. The company hopes to encourage developers to build HTML 5 websites.

Mozilla is also looking to expand its free OS to hardware including television sets and wireless routers.