Having shown Skype for Business in preview in April, Microsoft officially debuted the business version of the popular communications app, and announced updates to the Android and iOS Skype for Business apps. Skype for Business features include full-screen sharing, one-click to join, and edge-to-edge video. The updated apps allow users to present remotely with PowerPoint directly from a mobile device. Mac users got Skype for Business six months ago, and the “full and final Windows version” was introduced 18 months ago.

VentureBeat notes that, prior to the app update, “users would have to manually share files with other participants, which was a far less fluid way of working.” Now, users can “access PowerPoint files stored on the cloud” on both iOS and Android versions, but “due to device restrictions on iPhones and iPads, only those on Android can access locally stored files.” 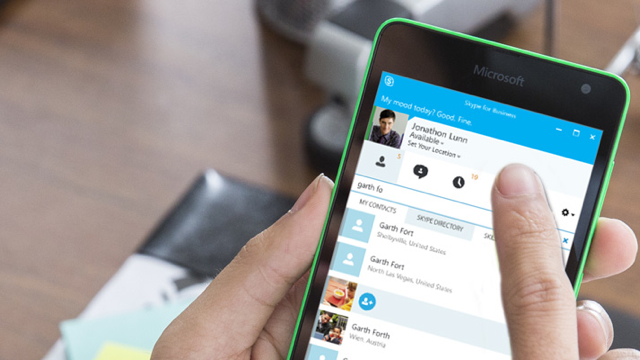 Also new is that Skype for Business on Android and iOS will rely on Video-Based Screen Sharing (VbSS), based on a protocol that “expedites the setup, uses less bandwidth, and generally provides a more reliable session.” Among other new features Microsoft plans to introduce is CallKit integration, an “iOS framework that serves as a bridge between VoIP apps such as Skype and the iPhone’s native calling app.”

GeekWire reports that Microsoft was one of the launch partners of Touch Bar, “the ever-changing, interactive multitouch strip that Apple announced as the flagship feature of its new MacBook Pro.” One of the features will be that it will allow users to join a Skype for Business meeting from the Tool Bar, as well as provide easy access to recent documents when composing a new email.