When Apple released iOS 7 in June, the company incorporated a proximity-based service called iBeacon that is now being used in retail stores. Mobile retail app developer Shopkick recently announced a service called ShopBeacon that uses iBeacon technology to track customers when they enter and move around the store, and allows the business itself to interact with the customers as they shop. ShopBeacon’s first official trial partner is Macy’s. 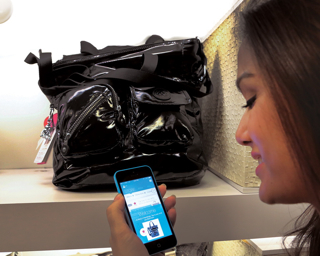 For example, the network can automatically alert the Shopkick app when you enter a partner store.

“It can push special offers and recommendations to customers, and because of Bluetooth’s limited range, the app can detect the specific floor or department a customer is in, allowing the store to tailor alerts,” explains GigaOM.

The service is currently running in closed beta, but Macy’s and Shopkick will make it available to all Shopkick users in the next few weeks.

After that, Shopkick will begin selling the gear to other retail partners. The cost of each transmitter is $40, and it is meant to be mounted on walls or any other flat surface.