Intel confirmed yesterday that it has acquired Basis Science, a San Francisco-based startup that makes a $199 health-tracking wristband known as the Basis Band. The device — which tracks sleep, heart rate, calories and steps — syncs with iOS and some Android devices via Bluetooth. Up to this point, the Basis Band device has used Texas Instruments chips. Intel has bigger plans than merely supplying processors, and the acquisition could be the first step toward entering the wearables market more directly. 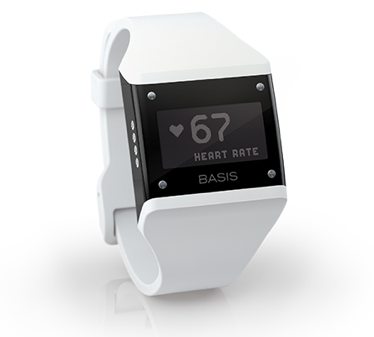 “Financial terms weren’t disclosed,” reports The Wall Street Journal. “TechCrunch in early March reported that Intel had beat out other companies bidding for Basis, at a price pegged from $100 million to $150 million.”

While Basis Science will become part of Intel’s New Devices Group, the Basis Band will continue to be sold and supported.

“So, if you’re a user of our product or partner, it means you will see continued innovation from Basis while still staying true to our mission,” explains the Basis Blog. “If you are a current customer of Basis, while the Intel deal constitutes a transfer of ownership and control, we continue to abide by our privacy policy, respecting all your data. We will also continue to be your source for customer support, software updates and other aspects of the product.”

“The acquisition of Basis Science provides immediate entry into the market with a leader in health tracking for wearable devices,” said Mike Bell, Intel VP and GM of the company’s New Devices Group. “As we accelerate our position in wearables, we will build upon this foundation to deliver products that bring people greater utility and value. I’m confident that our collective resources and expertise positions us well for the future.”

“Intel expressed its commitment to wearables at this year’s CES in Las Vegas,” notes Mashable. “CEO Brian Krzanich showed off some wearable computing devices from the company including smart earbuds that can read your heart rate. Intel’s hardly the only tech firm chasing the category. Apple is rumored to be working on a smartwatch and Google has just released Android Wear, its platform for developers.”