“Ingress,” a multiplayer game that uses the entire globe as its game board, made its debut on iOS this week. Now, iPhone users can join in the fun of working with other online gamers to find real life portals in their community and progress through the “Risk”-like game. “Ingress” already has about four million downloads on Android devices in about 200 countries. Google has also taken advantage of advertising opportunities, allowing businesses to pay to become a portal.

Avid “Ingress” users are not the type of users that are glued to their phone. Instead the game requires users to get out and explore their own city to find portals at local art installations, historical sites, or even Zipcar pick-up locations. 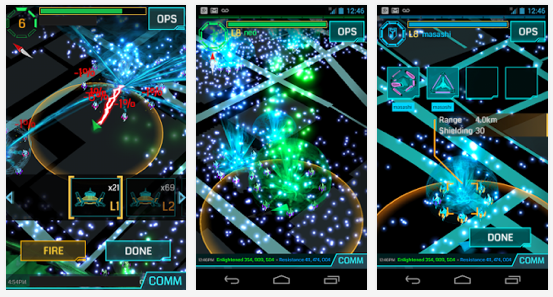 “According to Hanke [the creator of ‘Ingress’], people have rented helicopters to go and capture portals, airline pilots are playing ‘Ingress’ as they fly around the world and people play with their phones mounted on their motorcycles,” Wired reports.

“Ingress” also encourages players to interact with each other and work together to complete game missions. For example, some 1,200 players from 20 countries cooperated in Operation Ode to Joy, a strategic game maneuver that involved “capturing” the entire European continent. Often, these players interact outside of the game, too, planning their moves on Google Hangouts or posting YouTube videos.

By combining the physical and virtual worlds, “Ingress” has found an even more effective way to advertise. Instead of simply seeing an ad at the bottom of the screen within the game, players can be directed to a business to progress through the game.

The pharmacy chain Duane Reade used to host a game asset within select locations, and players would come into the store, find the asset, scan its code, and unlock game tools or weapons. According to Quartz, some JCDecaux display ads serve as portals within the game.