In an attempt to attract and maintain the youth demographic, Cox Communications plans to debut Flare MeTV, featuring a variety of streaming offerings, by the end of 2015. Similar to Comcast’s “Watchable,” which debuted in September, and Verizon’s go90, Flare MeTV will aggregate online video content and may in the future carry some licensed traditional TV content. Flare MeTV will be introduced as free without ads, but may eventually become ad-supported or subscription-based. The app will initially only be available on the iPad.

According to The Wall Street Journal, Cox spokesman Todd Smith says the app will be available in the U.S. except for residents of Texas, due to “legal and operational” issues. The Flare MeTV app will also allow viewers to search for movies and TV shows, both across the app and other subscriptions services such as HBO, Showtime and Hulu. The Flipboard-like interface lets users choose the genre – news, sports, tech or entertainment — that they’d like to see in their feed. 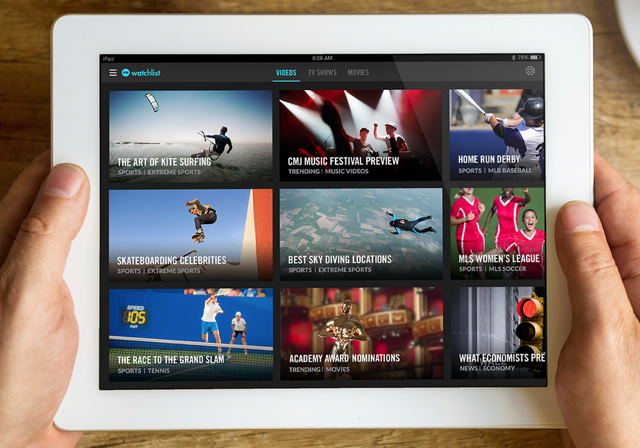 Cox has released other Flare products recently; in August, it debuted Flare Kids, an app targeting children under age 8, which aggregates appropriate video content from around the Internet. That app is available on iPads and Android tablets and is free and without advertising. Cox’s Flare Play is a video game streaming service, targeting children 3 to 11, at $9.99 a month. The first Flare product, myflare, was a Dropbox-like app introduced several years ago.

WSJ notes that “the Flare suite of products is part of its overall strategy to offer “connected home” services, including security, digital entertainment and home health monitoring.”