Videogame designer, Carnegie Mellon University professor and former Disney Imagineer, Jesse N. Schell, soared through a list of 10 virtual reality prognostications at Unity’s recent Vision AR/VR Summit in Hollywood. One of five speakers asked to soothsay about VR’s future, the creative director behind the “Toontown Online” massive multiplayer online game (MMO) predicted that by 2018, “Madden NFL” will be released in VR, and by 2020, there will be at least 10 VR reality television shows and a $10 billion VR adult video industry. 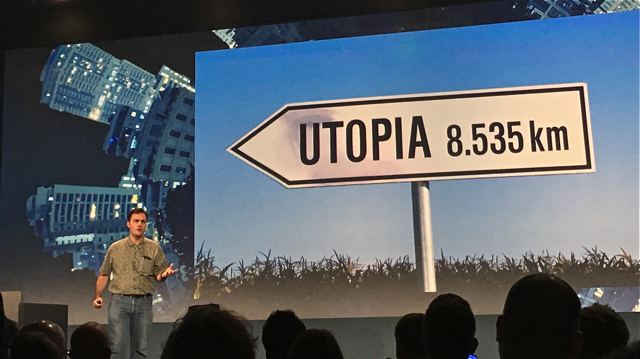 According to Schell, there will be other VR-related business developments. They include content with trackable props of known brands, the rise of a VR MMO with 1 million subscribers and the return of the MMO subscription model. “Free to play,’ he quipped, “is an immersion breaker.”

Schell also predicted that VR headsets were here to stay, unlike the 1990’s when they emerged in arcades and on magazine covers and then quickly vanished. It’s not that they are that much better technically, he explained, it’s just that they are now affordable. VR also promises utopia, and that is what gamers seek in their hearts.

“Documentaries will be the first VR films to win awards,” Schell said, and as always, “they “they won’t make any money.” And because narrative storytelling “shuts off the decision part of the brain,” said Schell, cinematic VR will use “guides like the motion picture ‘Russian Ark,’” a 2002 release told in first person, from their POV.

Finally, Schell looked into the VR crystal ball and saw dancing apps and robots with which audiences will share props, robots that will touch you and that you will touch back.