Following new shows from CNN and NBC News debuting on Snapchat, ESPN will introduce its first episode of “SportsCenter” on the social platform at 5:00 pm Eastern today, hosted by Katie Nolan (formerly of Fox Sports). Starting tomorrow, three- to five-minute episodes of the popular ESPN show will air at 5:00 am and 5:00 pm on weekdays and 5:00 am on weekends. Additional episodes will be reserved for breaking news. The Snapchat version of the show will be hosted by Nolan, sports anchor Elle Duncan, NBA commentator Cassidy Hubbarth, ESPN Radio’s Jason Fitz, reporter Jac Collinsworth and comedian Cy Amundson.

“ESPN was an original Snapchat Discover launch partner two years ago, producing publisher stories for the platform,” reports Adweek. “Those stories are now transitioning into the ‘SportsCenter’ shows.” 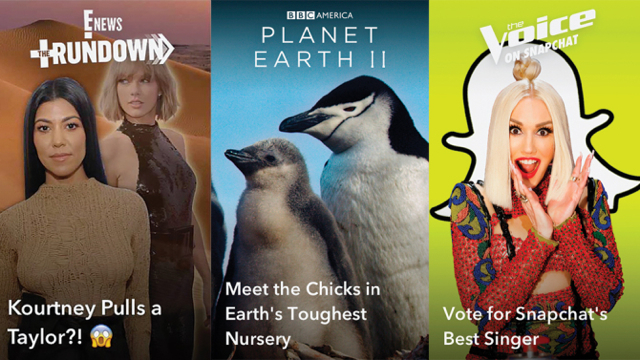 According to Sean Mills, Snap’s head of original content: “We have been talking about this ESPN for some time and felt there was an opportunity to reimagine what ‘SportsCenter’ would look like for a new generation.”

Mills says the Snapchat version of “SportsCenter” plans to be just as revolutionary as the original was for ESPN on cable television. “You’ll get great highlights and you’ll hit the big stories of the day, but you’ll also tap into some of the big cultural conversations,” he noted. “This is not people in a suit behind a desk; this is getting in close and intimate with the personalities and getting to know them.”

“Over the past two years, Snap has partnered with almost all major media companies to create exclusive, original content — usually between three and five minutes and shot vertically for the platform,” explains Adweek.