When the Electronic Entertainment Expo (E3) opens its doors in Los Angeles next week, some familiar game publishers will be missing for the first time. Electronic Arts has opted to hold its own mini-expo, Activision did not take a booth this year, and Disney is exiting the video game publishing business. That’s big news for E3, the industry’s premiere trade show that draws 50,000 video game industry members and historically has been the site of major title unveilings and celebrity appearances. Some ask whether E3 might be losing its luster.

The New York Times reports that the Entertainment Software Association, which organizes E3, is adding more than 90 mobile gaming exhibitions, a pavilion devoted to online and mobile games, and 53 virtual reality exhibitors, almost double the number of last year’s E3. 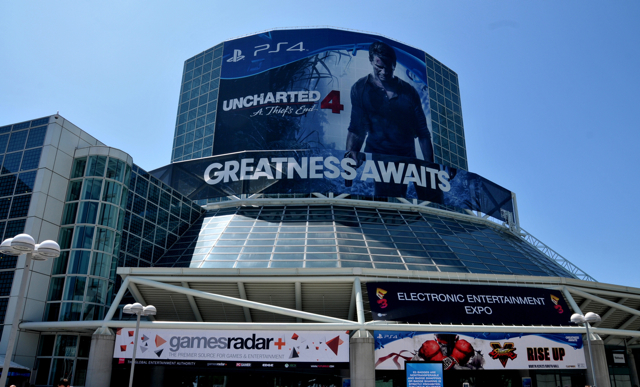 This sea change for the iconic trade show is due to an increase in digital distribution services and free mobile games that have obsoleted physical stores. Social media and video-sharing platforms like Twitch and YouTube are also an easy way for game publishers to speak directly to gamers, making an annual confab less necessary.

“To my eye, E3 is being overtaken by much better channels to gamers and the online-ness of great games themselves,” said consultant Bruce Hack, who was formerly Activision Blizzard vice chairman. “E3 is not yet fossilized, but its unique position is eroding.”

Sales trends tell the picture: game research company Newzoo reports that, for the first time, this year revenues from mobile gaming will surpass that from PC gaming. Blizzard Entertainment former executive Itzik Ben-Bassat agrees that, “the importance of retail has weakened.”

“As the market structure has shifted, E3’s importance has been in constant decline,” he said. Blizzard created its own annual get-together, BlizzCon, held in Anaheim, California, usually in November. That event is open to the public and, last year, drew more than 25,000 people.

Electronic Arts’ new event, EA Play, will start two days before E3 at a venue within walking distance of the Los Angeles Convention Center, where E3 takes place. EA’s expo will be more consumer-focused as are other competing expos including Comic-Con, the Penny Arcade Expo and MineCon, the annual “Minecraft” convention held in a different city every year.

The Entertainment Software Association is also competing with E3 Live, a new free public event that will debut this year alongside E3. There, gamers will be able to “interact with industry types” and play games.