Discovery and Google are partnering on a 38-episode virtual reality travel series that takes viewers to all seven continents in seven chapters: North and South America, Asia, Australia, Africa, Antarctica, and Europe. Sascha Unseld, who directed the Oculus Story Studio’s “Dear Angelica” VR short, served as creative producer on the series. Discovery has nabbed an exclusive brand sponsor, which will be announced later. VR travel videos are becoming more popular, with immersive videos from airlines, travel agents and others.

Engadget reports that, “Discovery has been at the forefront of the mainstream media’s push into virtual reality,” with a reported 4.3 million downloads and 123 million organic views of its Discovery VR app. The cable network started producing “VR spinoffs of some of its best-known properties in 2015.” 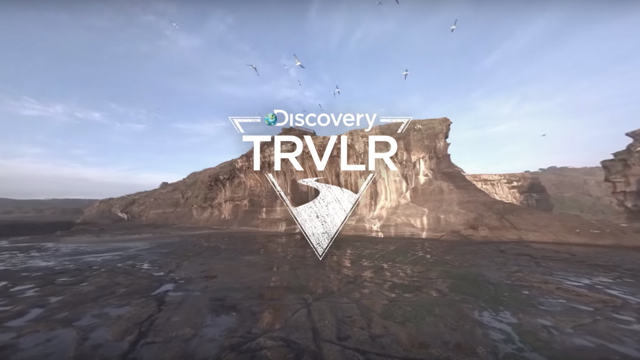 It’s not alone in seeking to gain traction with the new medium: “The New York Times, USA Today, and HBO are combining the escapism inherent in VR with storytelling, be it in the form of news, entertainment, or documentary pieces.”

According to Variety, the series — “Discovery TRVLR” — has thus far been shooting for three months and is ongoing. The Mexico City earthquake disrupted production of the last episodes. Discovery inked a deal with Google’s VR group to distribute the series, which will “be free to watch exclusively on YouTube, DiscoveryVR.com and on the Discovery VR app,” the latter without a cable subscription required.

The episodes can be watched in VR via a Google Daydream View headset or Google Cardboard and in a non-VR version via the Internet and Android/iOS smartphones.

Discovery VR exec Rebecca Howard oversees the project. Addison O’Dea wrote and directed the episodes from North and South America, Asia, Africa, Australia and Europe, which were produced by VR studio Here Be Dragons, in which Discovery is an investor. The Antarctica episodes were directed by Barry Pousman and produced by Yes Please Thank You. The first chapter, focused on Auckland, New Zealand, will debut November 3.

Each continent will have six episodes each, with the exception of Antarctica which is comprised of two. Each continent “profiles four different personalities — the Guru, the Renegade, the Entertainer and the Explorer — documenting their unique rituals and traditions.” The “Discovery TRVLR” trailer can be seen here.