Comcast just announced that it will allow Netflix to stream videos onto its X1 platform. According to a statement, both companies say they still have “much work to do” before they will be able to rollout the new service to consumers before the end of the year. Sources say that the deal will ultimately be similar to those that Netflix has created with smaller cable services across the country. In those arrangements, the Netflix app is seen on the platform, making it easier for users to sign in and access it.

Recode, which calls this new arrangement “a very big deal,” notes that Netflix has inked similar deals with Apple, Roku and Google’s Chromecast, as well as various smart televisions. 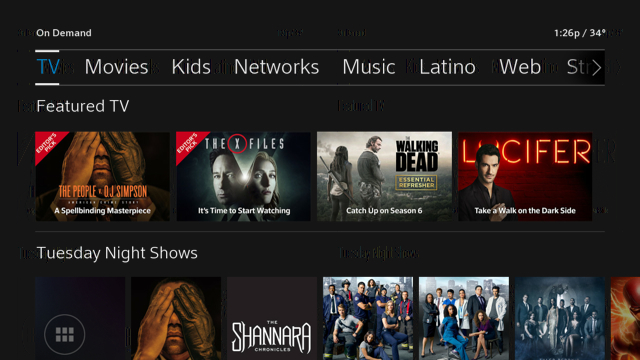 Morgan Stanley earlier reported on the probability of the Comcast deal, “especially noting that it could benefit by getting a larger bounty from Netflix for adding subscribers.” The report also pointed out that, with Netflix, Comcast would have “a more competitive video offering,” given that Roku, Verizon and Dish already offer Hulu and Netflix among other apps.

“We would expect Netflix to give up some economics, similar to other distribution partners like Apple or TiVo but we do not believe it would meaningfully alter the direction of Netflix profits over time,” said Morgan Stanley’s Benjamin Swinburne in a June report. “Payments to distribution partners are reported in marketing expenses on Netflix’s consolidated financials.”

He also mentioned that, “Comcast’s pay-per-view business could be impacted, though not significantly.”

Recode calls the deal “an enormous step, given the long and sometimes contentious history between the two companies against a backdrop of increased consumer usage of Internet-delivered video.” In 2012, Netflix chief executive Reed Hastings accused Comcast of violating net neutrality “by favoring its own Web video service over those from Netflix, HBO and Hulu, when it comes to data usage.” Although the companies struck a deal in 2014, both later expressed unhappiness over it.

For Comcast, opening up the set-top box to Netflix establishes the X1 box as “a Web video platform and not just an old-time cable box.” This could put Comcast in a favorable light before the FCC, whose chair Tom Wheeler favors requiring cable operators to open their set-top boxes. Comcast, however, says the Netflix deal is “unrelated” to this issue.