During a two-night event hosted by the Academy of Motion Picture Arts and Sciences, neuroscientists and cognitive psychologists met with filmmakers to discuss their impressions of viewer attention and perception. Scientists have studied the mental and physical responses of audiences through eye-tracking experiments and analysis, while filmmakers have relied more on intuition and experience. Both groups are interested in what maintains an individual’s attention during the movie-going experience.

Filmmakers hope to identify what keeps audiences in their seats; scientists see it as “a window into the human brain,” reports Wired. 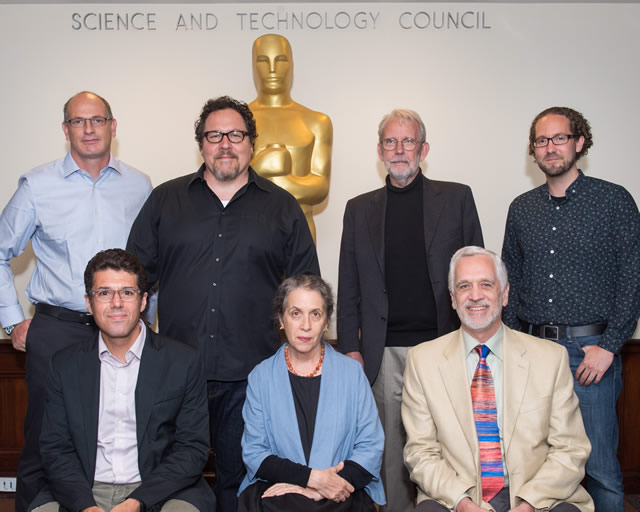 “Movies in Your Brain: The Science of Cinematic Perception” was held July 29-30 at the Linwood Dunn Theater in Hollywood. Among the panelists were scientists from Cornell, Princeton, Washington University in St. Louis, Tel Aviv University and University of London. Hollywood guests included Jon Favreau, Walter Murch, Darren Aronofsky and Ari Handel.

Tim Smith, a vision scientist at the University of London, presented eye-tracking data compiled after 75 people watched an action sequence from “Iron Man 2.”

“People focused on the dueling superheroes, especially their weapons and faces, and on the car parts bouncing around,” explains Wired.

“We’re constantly calculating where we think the audience’s eye is going to be, and how to attract it to that area and prioritize within a shot what you can fake,” he said.

“The best visual effects tool is the brains of the audience,” added Favreau. “They will stitch things together so they make sense.”

There has always been an interesting connection between science and the movies, but recently layers of metadata and big data about our media usage has motivated a renewed focus of study that mirrors the change in the level of information and analysis about everything we do.

Eye tracking and brain wave activity monitoring has been applied for years to measure where we look and what we like in an attempt to understand what will be successful at the box office. While it has yielded some increased understanding of acceptance the benefit to the creative process has been small or in some cases troublesome. With the new level of data and understanding that parallels most activities and increasingly the actual production processes, the potential to incorporate new levels of understanding as part of the creative moment is perhaps upon us.

The intuitive jumps that artists have brought to the screen often inspires scientists to dig deeper. As interactive narratives mature it will be interesting to see if the parallel study of how we process experiences in cognitive terms can be leveraged to serve the creative process as the art is produced.

Video clips and stills (including the one above) are available from AMPAS.