The Consumer Electronics Association (CEA), which represents more than 2,200 technology companies, announced yesterday that its new name is the Consumer Technology Association (CTA). Replacing “electronics” with “technology” is meant to address an evolving consumer tech industry and more accurately reflect the diverse member companies. The change will take place immediately. The new name and logo were introduced in New York City at CES Unveiled, a “sneak peek” event that provides highlights of what’s to come at January’s CES 2016, which is produced by the CTA. 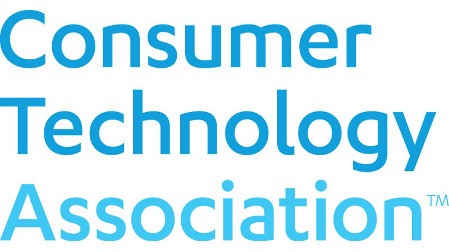 According to the press release: “By replacing the term ‘Electronics,’ which no longer captures the full breadth of the consumer tech industry, with ‘Technology’ the Consumer Technology Association more accurately represents its members, many of whom are non-hardware innovators including BMW, Expedia, Inc., Ford, Google, Lyft, Netflix, Pandora, Snapchat, Starz, Uber, WebMD, Yelp and Twentieth Century Fox.”

CTA will be the organization’s fifth name since its inception in 1924. The press release indicates that there are no plans to change the name of the annual Consumer Electronics Show (CES).

“Innovation and expansion are hallmarks of the consumer technology industry and our association — and as our industry changes, so must we,” said Gary Shapiro, president and CEO of the CTA. “Our membership and the consumer technology sector have grown and evolved to engage almost every major industry segment and America’s burgeoning startup economy, touching almost every part of consumers’ lives.”

“Our new name — the Consumer Technology Association — more accurately represents this growth and the excitement and innovative spirit of the industry we represent,” he added. “CTA also better captures our association’s vision, scope of advocacy, current membership base and brand promise.”

Watch for pre-show coverage of CES 2016 on ETCentric during late November and December. Our team will be reporting live from the show floor in early January.