Addressing the Television Critics Association in Beverly Hills yesterday, CBS chief exec Les Moonves announced that the network is experimenting with new business models for some of its serialized dramas. The network is hoping that streaming deals with video services such as Netflix and Amazon will help make the shows profitable. The streaming sites have been actively pursuing rights to serialized dramas in particular, since they currently attract large numbers of viewers. 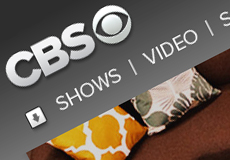 Moonves announced that “Under the Dome” has been renewed for a second 13-episode season.

“Amazon acquired rights to stream the show four days after episodes air on the CBS network. The June 24 premiere of the series on CBS was watched by 13.53 million viewers — a big number for summer, which was long seen as a time for lower budget shows, reality series and reruns,” reports The Wall Street Journal. “Including seven days of DVR, on-demand and online viewing, viewership was 20 million.”

“It has changed the face of summer television,” Moonves said of the series. “We had to make a deal unlike any we’ve ever made,” he explained, adding that Amazon has yet to release data regarding how many of its subscribers watched the show.

Moonves discussed an upcoming CBS thriller called “Hostages,” from Jerry Bruckheimer’s studio. Moonves expects that the series will be popular on streaming sites after its 15-episode run.

“Netflix and Amazon have become aggressive buyers of serialized dramas, because they do so well on the sites, allowing viewers to binge on content whenever they want and catch up to the current season of shows,” notes WSJ. “The Web companies are starting to seek out rights to show programs soon after they air on network TV, as Amazon did with ‘Under the Dome’ and Netflix did with AMC’s ‘The Killing,’ instead of waiting up to a year as has been the case in the past.”

While Moonves acknowledged the emerging impact of cable programming and digital options, he remains optimistic about broadcast television. “The model has never been dead,” he said. “It’s just evolving.”