Caavo is a universal TV control system that uses machine vision (which the company dubs Caavo Vision) to navigate behind the scenes of every streaming, cable and satellite box. The company, which first promised to ship units in June, now states that 5,000 units will be on sale for $399 on February 14. The company also raised another $17.5 million in venture capital, bringing the total to $32.5 million. Caavo differs from other universal remotes in that it can create a single search index and watchlist across devices and services.

The Verge reports that, with the added capabilities of Caavo’s machine vision, the remote can “intelligently navigate on your behalf” and “will just find what you want in the background and play it for you when you search for it.” 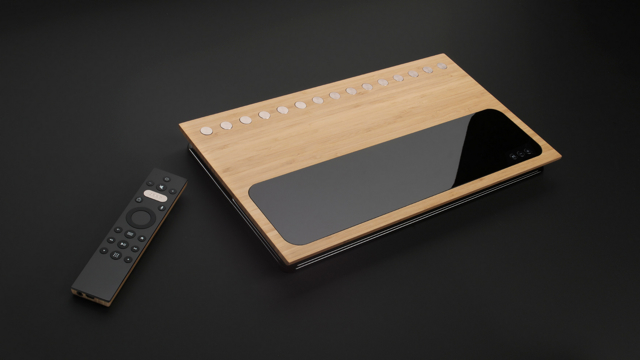 “We’re solving the universal remote problem, but we want to go beyond that to search,” said Caavo chief technology officer Ashish Aggarwal.

The Verge, which got a demo of the unit, reports that, “to set it up, you first plug every device you own into the main Caavo unit, which is a large, flat box with eight HDMI inputs, a single HDMI output, and two USB ports for powering devices like the Chromecast.” Caavo plugs into the user’s TV and, “once it’s all plugged in, the Caavo takes 20 to 30 minutes to identify all of your devices and create an index of all your shows, and then it’s ready to go.”

In the demo, Caavo controlled a Roku, Amazon Fire TV, Apple TV, Dish Network satellite DVR and a PS4 — seamlessly. “Popular apps like Netflix and Hulu have home screen tiles, and when you click on them they’ll automatically launch on whatever device you’ve set as the default.”

Aggarwal and chief executive Andrew Einaudi say that its so-called watchlists, which keep track of every show the user is watching and where she is at in the show, “are Caavo’s most important feature, since nothing else can offer a similar interface across devices and apps.” It connects devices and apps “in every way possible,” including over Bluetooth, IR, HDMI-CEC, and uses all these control methods simultaneously. Alexa and Google Assistant integrations allow the user to control Caavo by voice.

Caavo currently supports 4K but not HDR because, says Aggarwal, “there’s no silicon that can do 8-port HDR.” The lack of HDR may make Caavo a “tough sell for people investing in new 4K TVs and boxes,” but The Verge says Caavo might be “the most interesting TV control product in years.”