AT&T CEO Randall Stephenson, speaking at an investor conference in New York City last week, said wireless operators can no longer afford to subsidize cutomers’ devices in an era when smartphones are upgraded so frequently. With smartphone penetration above 75 percent and soon expected to reach 90 percent, Stephenson suggests that operators need to make greater efforts to get their customers to use more of the network, as opposed to merely getting on the network. 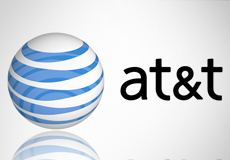 “When you’re growing the business initially, you have to do aggressive device subsidies to get people on the network,” he said. “But as you approach 90 percent penetration, you move into maintenance mode. That means more device upgrades. And the model has to change. You can’t afford to subsidize devices like that.”

AT&T recently introduced a new pricing plan that offers its customers an incentive to keep earlier generation phones. The plan allows customers with older phones to save $15 a month on their bill.

“AT&T has been on the path toward creating a more balanced pricing structure for the past few years, Stephenson said. AT&T was the first major wireless carrier to eliminate unlimited data plans, replacing them with usage-based service plans,” reports CNET. “Now, more than 70 percent of AT&T’s customers are on plans that charge customers based on consumption.”

“Stephenson also acknowledged that breaking customers of their habit of upgrading to a new phone every 18 months to two years is not an easy task,” notes the article. “But he said a business models focused on financing rather than providing a subsidy would be ‘transformative’ for the industry. He said the company’s new AT&T Next program, which offers no-money down and 0-percent financing, drives smartphone penetration in a way that is more sustainable over time.”

Stephenson also noted that due to the improved capacity of LTE, the company can focus on the lower end of the market. He cited AT&T’s acquisition of prepaid carrier Leap Wireless as an important step to this value strategy.

He also suggested that mobile video, the connected home and connected car will lead to significant growth in the near future.