One of Hollywood’s most enduring problems is filling seats in movie theaters, and a startup, which previously raised $10 million, thinks it has an answer. Atom, headquartered in Santa Monica, has an app to make the movie-going experience simpler for groups and to enable discounts for floundering movies, a controversial practice called “variable pricing.” Now, Disney, Twentieth Century Fox and Lions Gate Entertainment are betting that Atom is on to something good.

The Wall Street Journal reports that the three studios are “leading a $50 million investment” in Atom, which was founded by film-financing executive Matthew Bakal and Amazon veteran engineer Ameesh Paleja and has been incubated by Lions Gate. Atom’s revenue comes through ticket surcharges, plus “a cut of popcorn and soda preorders,” and advertising. 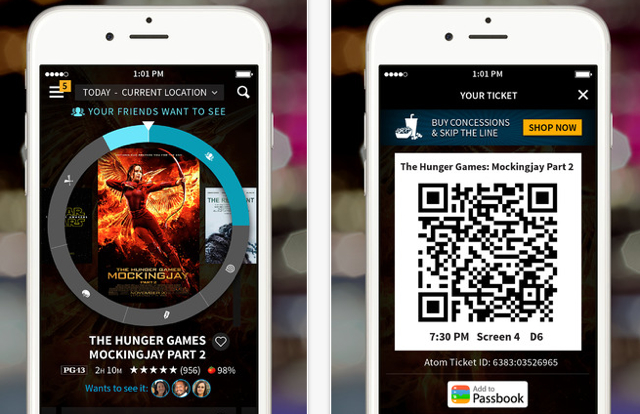 When Atom introduces the app nationwide this summer, WSJ notes, it will “potentially [pose] the first serious challenge to Comcast Corp.’s Fandango… and the smaller MovieTickets.com launched in 2000.”

Currently, only 15 percent of movie tickets are sold online, and the total number of tickets has “been trending slowly downward” for more than 10 years, now at about 1.3 billion in the U.S. and Canada. Could the addition of Atom as a player in online ticket sales help? “Shaking up this space would be beneficial to everybody,” said Disney chief strategy officer Kevin Mayer.

Fandango is on its own path to expansion, with the recent acquisition of video-on-demand service M-GO, which sells tickets and movie downloads. Fandango is also in conversation with Warner Bros. about acquiring Flixster, the studio’s movie website, in exchange for equity. With that investment, Fandango could count Warner Bros. in addition to its parent company Comcast’s Universal Pictures among its base.

But Atom offers functionalities that go beyond ticket sales. The app “can poll several friends’ movie preferences and availability and suggest screenings that meet everyone’s criteria,” then allows them to buy a block of tickets together but split payments.

“People have so many options at home, we need to make the social experience of movie-going easier,” said Fox chief exec Jim Gianopulos. Atom can also offer “escalating discounts” with a larger ticket purchase and the theaters’ consent. Theaters can choose whether or not to participate in variable pricing and, if so, designate which movies are available for it. Executives at Regal, Carmike, Disney and Fox all said they were open to testing the idea.

One fact might make it difficult to put variable pricing into practice, however: “studios typically set the minimum revenue they will accept per ticket sold,” explains WSJ. “We think it’s a place theaters will evolve to and we’re going to keep testing it,” said Bakal, who notes that the company will not offer this feature at launch time.