Apple unveiled a new Photos app during its Worldwide Developers Conference earlier this month in San Francisco. Now it seems that the app will serve as a new platform for the upcoming OS X Yosemite. As a result, Apple will no longer develop its Aperture pro photography application, and iPhoto will be replaced by the new Photos app. The transition is designed to provide a more seamless experience, since users will be able to edit and search their Photo Library in the cloud on any Apple devices.

“With the introduction of the new Photos app and iCloud Photo Library, enabling you to safely store all of your photos in iCloud and access them from anywhere, there will be no new development of Aperture,” Apple said in a statement provided to The Loop. “When Photos for OS X ships next year, users will be able to migrate their existing Aperture libraries to Photos for OS X.” 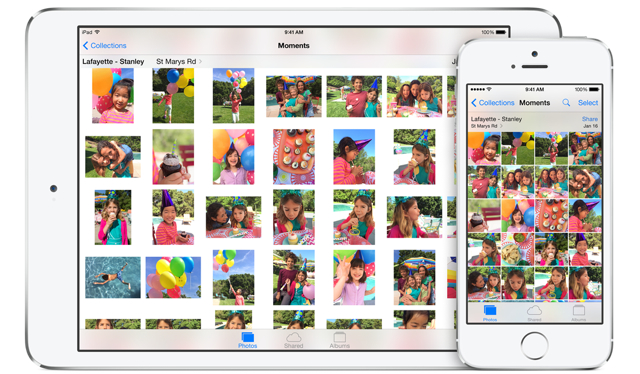 Yosemite is scheduled to ship this fall; the new Photos app will debut in early 2015. The company explained that development of other professional apps such as Logic Pro, Motion 5 and Final Cut Pro will continue as usual.

While Aperture will not receive any additional updates, Apple says it will still be compatible with Yosemite.

Current Photos users are already leveraging the cloud interaction. “Once you’ve enabled it on your iOS devices, iCloud Photo Library automatically keeps all your photos and videos in iCloud, at full resolution in their original formats, including RAW files,” notes Apple. “You can access and download them anytime from your iPhone, iPad, iPod touch, or the web.”

Following the announcement, Adobe recommended that Aperture and iPhoto users check out Lightroom.

“We’re doubling down on our investments in Lightroom and the new Creative Cloud Photography plan,” wrote Winston Hendrickson, Adobe VP for digital imaging products. “We also continue to invest actively on the iOS and OS X platforms, and are committed to helping interested iPhoto and Aperture customers migrate to our rich solution across desktop, device and web workflows.”