Apple plans to release its newest version of iOS this year, and its biggest feature is expected to include integrated health and fitness tracking. This latest development indicates Apple will likely introduce the iWatch, sources say, and iOS 8 will also feature a new app currently codenamed “Healthbook.” The app and wearable combination is said to be able to monitor fitness statistics, track weight loss, and keep an eye on users’ vital signs like blood pressure and hydration levels, among other indicators. 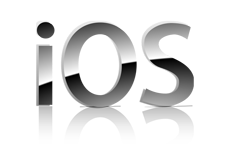 According to 9to5Mac, the software will be able to monitor how many steps a user takes, how many calories he or she has burned, heart rate and glucose levels. It’s even programmed to set up reminders for users to take medication.

“The software will be a pre-installed challenger to offerings such as those from Nike and Fitbit, making it all the more intriguing that Apple CEO Tim Cook still sits on Nike’s board of directors,” the article says. The unnamed sources said it is possible that the health and fitness monitoring features could be removed from the next version of iOS before it’s released if the software isn’t ready in time.

“Last month, Apple executives Jeff Williams and Bud Tribble met with FDA officials in the United States regarding health applications,” 9to5Mac reports. The details of that meeting were not released.

Another article from the site also notes that Apple has many recent hires on the senior executive and standard engineering levels. Many of those new hires have expertise in fashion, wearable product design, retail, hardware engineering, fitness and other related areas of expertise.