During a 90-minute event at its headquarters in Cupertino yesterday, Apple unveiled two new iPads (the iPad Air 2, starting at $499, and the iPad mini 3, starting at $399), a 27-inch iMac with 5K Retina display, and its new operating system, OS X Yosemite. CEO Tim Cook explained that the new Apple Pay mobile payment service will launch on Monday with more than 500 partners including American Express, MasterCard and Visa. Cook also said that the Apple Watch would be available early next year.

Prices across Apple’s line of tablets “now range from $249 for the original iPad mini to $699 for a top-of-the-line iPad Air 2, to woo corporate customers and to ‘address the lower end’ of the market, says Greg Sterling, a contributing editor at researcher Search Engine Land,” reports USA Today.

“There was no large-screen iPad, as rumored, however. Sales of the iconic tablet, first introduced in 2010, are down 9 percent for the year, but Apple still leads in market share, with 26.9 percent, according to market researcher IDC.” 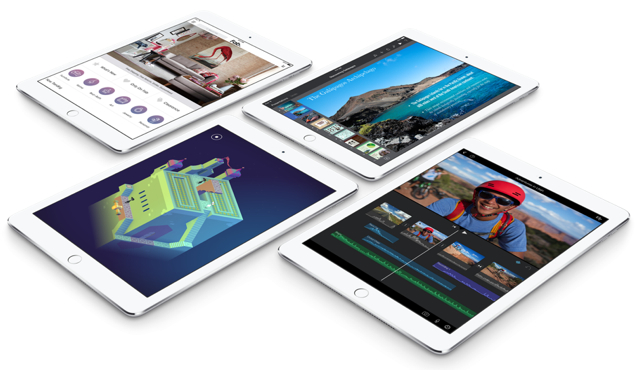 Apple has added Touch ID fingerprint identification tech to the new iPads, which should generate interest from large businesses that use iPads as work tools, but are concerned about security.

Apple’s new 27-inch iMac is currently available starting at $2,499. It essentially offers the same slim design as the previous version with one significant upgrade: the new iMac features a 5K display. 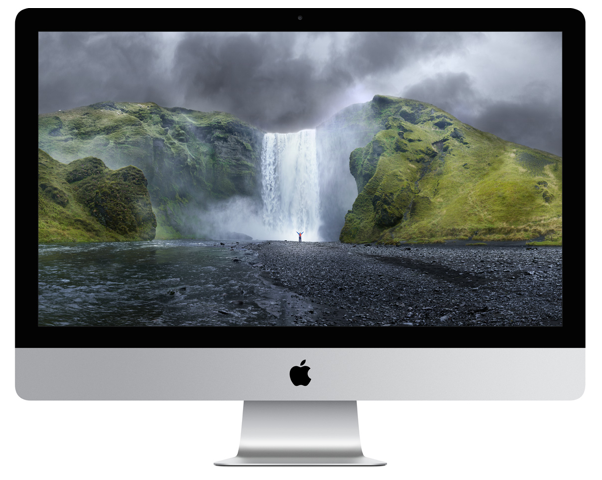 To power that many pixels, Apple designed its own timing controller, and the company opted for Oxide TFT (thin-film transistor) to address level brightness, which it claims allowed for a 30 percent reduction in power consumption.

The company’s new mobile-payment system Apple Pay, which is targeting existing services such as Google Wallet and PayPal, comes preloaded on Apple’s new iPhones announced in September. It will also work with the upcoming Apple Watch.

Hundreds of financial institutions are partnering with Apple’s system, hoping to keep their customers who expect current debit and credit cards to work with the new iPhones.

In addition to partnering with major credit card networks, Apple included many of the nation’s largest banks in its announcement.

“Apple Pay replaces traditional plastic cards by letting consumers load card data onto their smartphones,” reports The Wall Street Journal. “The consumer can then pay for purchases at the cash register by tapping the phone to the credit-card terminal, or for purchases online by tapping a merchant application on the phone.”

“Getting the banks to sign up for Apple Pay is just one piece of the puzzle,” WSJ notes. “Merchants must install technology, called near-field communication, to accept the payments. Apple has said that its customers can use the payment service at 220,000 merchant locations, including those of McDonald’s Corp. and Macy’s.”

Related Stories:
Answers to All of Your Questions About Apple’s 5K iMac Display, Wired, 10/17/14
New Products in Hand, Apple Tries to Reignite Interest in the iPad, The New York Times, 10/16/14