Analysts Credit “Gravity” with Bringing 3D Back to the Spotlight

“Gravity” brought in 80 percent of its debut haul from 3D engagement, leading analysts to credit the film for bringing the format back into the spotlight. For studios and exhibitors, this is a plus because 3D tickets carry a large surcharge, potentially bringing in million of dollars. The recent increase in 3D interest can be partially attributed to the directors, including Gareth Edwards (“Godzilla”) and Marc Webb (“The Amazing Spider-Man 2”), who have been encouraging fans to see their films in 3D.

“We all took 3D for granted,” said Cinemark CEO Tim Warner. “The studios made them in 3D, but they didn’t sell them in 3D. The exhibitors just said, ‘If people want to see them in 3D, fine. If they don’t, fine.’ So we didn’t market them either. We all saw that ‘Hey, here’s something that has really become about 20 percent of our box office, and if it goes away, none of us really has an idea to replace it.’”

Last summer, most audiences opted not to see movies in 3D, but this season researchers are seeing a sharp increase. 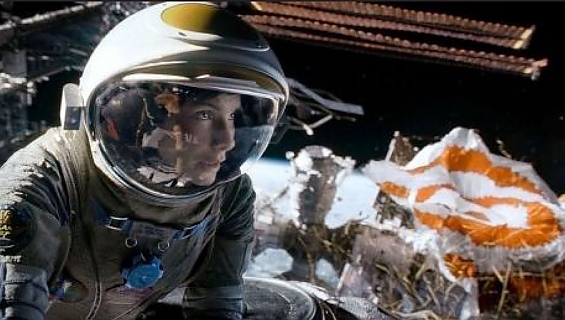 “It changed the mindset,” James Goss, managing director at Barrington Research Associates, said about “Gravity.” “Studios and RealD and theater operators are now looking for movies that play well in 3D and that are enhanced by it instead of just making everything in 3D.”

“Edge of Tomorrow” and “Godzilla” may not have seen the 3D market share that “Gravity” did, but half of their revenue during their opening weekends consisted of 3D screenings.

“Central to the format’s improved fortunes has been a more fervent embrace by theater owners, who are offering more 3D showings and have become more willing to pair it with other premium large screen formats such as IMAX,” explains Variety.

Due to these changes, the industry needed an adjustment. The adjustment came in the form of marketing.

“When a studio sets the tone that a film is meant to be seen in 3D, moviegoers respond,” said Michael Lewis, chairman and CEO of RealD. “Filmmaker endorsements are an especially powerful tool. When a filmmaker explains how they envisioned the film in 3D and the benefits of seeing the film in 3D, moviegoers have better context when buying tickets.”