The new livestreaming app Alively, available for Apple mobile devices, is aimed at people who want to share live videos with a select group of people. Other livestreaming options include Twitter’s Periscope, Shanghai-based Musical.ly’s Live.ly, and Facebook Live. One of Alively’s founders — Vadim Lavrusik — was the former product manager of Facebook Live. He and co-founders Ray Lee and Vincent Tuscano are betting that many users don’t want to share their videos with their entire social media networks.

The Wall Street Journal quotes Lavrusik that, “these are moments you would have recorded on your camcorder, but those aren’t moments you’d want to broadcast on CNN.” 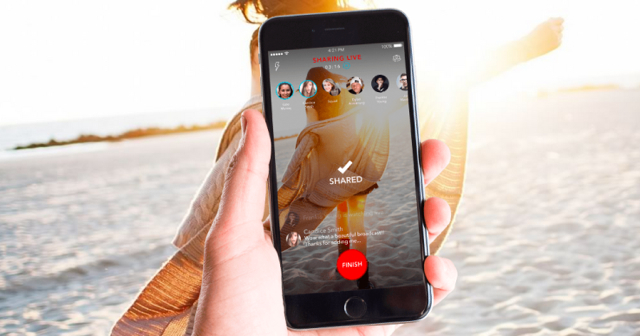 Facebook allows users to decide who views their videos, “but most users use it to reach broad audiences.” Facebook has been a leader in promoting live video since chief executive Mark Zuckerberg “vaulted live video to the top of the company’s agenda … after internal data revealed the format’s popularity among younger users.”

Live video is now an important part of the strategy to make Facebook a “video-first” platform, and Lavrusik “helped shape Facebook’s live-video strategy, starting last year when he led the introduction of the feature to Facebook’s app for public figures, Mentions.”

Now president/chief product officer of the San Mateo, California-based company, Lavrusik promotes Alively as “one-to-few” for livestreaming, which “can protect users from the harsh judgment that a wider audience might bring.”

Among the challenges Alively faces to become successful are those related to technology. The Alively app, which stores videos in the cloud, “prioritizes picture quality, rather than immediacy.” That results in a 10- to 30-second latency “to make sure the image is clear when it is transmitted to other users.” Of course, the other challenge is competition.