CEA Director of Industry Analysis Steve Koenig described the evolution of displays and what to expect in 2015 and beyond. Bottom line: Consumers are going for bigger screens, smarter functions and more resolution. CEA studies show a growth in awareness of 4K/UHD among consumers, and that translates to an intent to purchase. Of the approximately 168 million U.S. adults who say they plan to buy a new TV in the next three years, 27 percent — 45 million consumers — intend to buy a 4K/UHD set.

But this good news for TV manufacturers is tempered by an overall decline in TV set sales. “In the U.S. market, the unit volume history and forecast of DTV follows the classic introduction, growth, maturation and decline S-curve,” said Koenig. “Sales peaked in 2012, just above 40 million units, and today, in 2015, we estimate 35 million, well off the peak.” 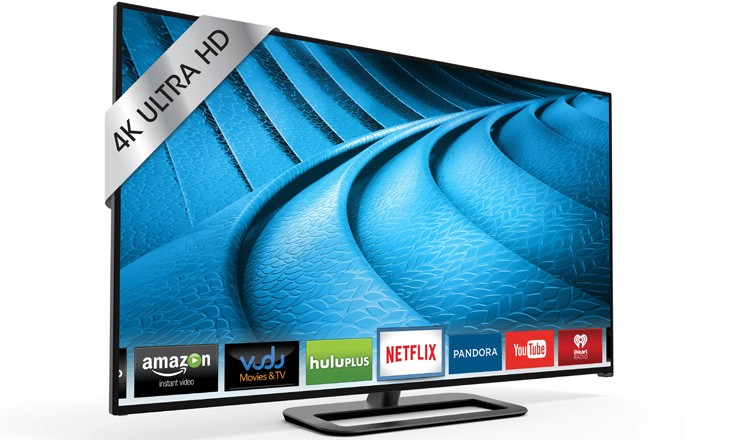 Shipments will continue to slide “just a bit,” predicts Koenig. But he and TV set manufacturers are hopeful that interest in bigger screens, 4K/UHD resolution and smart TV functionality might prevent further slump and keep demand at the 2015 level. Global demand is “starting to return to growth,” driven by TVs penetrating new markets in places like China and sales of bigger screen TVs.

Decline in TV sales is especially strong in 40-inch sets and smaller, as consumers gravitate to larger screens. “I think we’ll see more of this trend as video consumption shifts to tablets,” said Koenig. “Certainly millennials are comfortable using all kinds of screens to consume video.” He predicts the sweet spot for screen size as 60-inches, which is the size when people begin to see the difference between HD and UHD.

OLED is a nascent trend, although Koenig believes it won’t gain traction until 2020, as price points begin to fall. Still, OLED displays are in evidence at the 2015 CES, including a LG’s 65-inch ‘Art Slim,’ a 4K OLED curved TV that weighs only 35 pounds. Nonetheless, full array LCD TVs with LED technology will account for the vast majority of TV displays in the U.S.

Although curved screens made an appearance at last year’s CES and have a presence again this year, Koenig still considers it a niche market, with sales going from 986K units globally in 2014 to 3.4M units in 2015. Curved displays will begin to catch on, Koenig believes, when displays are flexible and can be used in flat and curved configurations.

Koenig calls 4K/UHD “the real near-term opportunity,” but he’s bullish on displays that are smarter, competing with OTT solutions such as Roku and Apple TV, and acting as the smart home’s “command and control” center. He also predicts an evolving human-machine interface and tighter integration with second screen and home controls.

“And it’s not entirely impossible that a more reliable wireless method will allow us to finally cut the cord,” he said.