Will the Future of Visual Effects be Modeled on TV Production?

ETCentric member and contributor Adrian Pennington recently posted an interesting perspective on the direction of visual effects in TV production, including an interview with Adobe’s Steve Forde. “While the feature film visual effects business is in flux, the TV VFX business is thriving by delivering creativity to tight timescales on a budget,” writes Adrian. “Indeed the future of all VFX production could be modeled on the workflows built to support CGI-intensive series like ‘Game of Thrones’ and ‘Doctor Who.'” 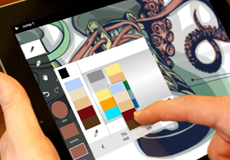 “There is a transformational shift in television VFX where in content and quality it is on par with feature film, yet still being developed within tight TV budgets,” said Forde, principal product manager, visual effects and creative cloud workflows for Adobe. “This is huge in my opinion. While much of the VFX industry in feature film is in flux and trying to redefine itself, the future is going to be more replicant of television production models where faster turnaround and lower budgets are commonplace.”

“Forde believes the business model for VFX can no longer support gigantic budgets and infinite time for creativity,” writes Adrian for TVBEurope.

“This is why you see so much implosion happening in feature VFX,” Forde said. “The trick is to create a workflow that allows the most time for creativity, while still delivering on budget.”

“Television post houses have some of the most automated workflows I’ve ever seen, and they do this specifically because of the delivery demands of episodic television,” he added, on the need for automation. “Mix in what you see in terms of delivery to distributors such as ‘House of Cards’ on Netflix [where all episodes must be delivered at once] and you have an even larger impact on the production process.”

“Frankly, I think that in the near future there will be absolutely no difference between the two, and that television VFX production will be the primary model,” Ford noted.