Warner Bros. and Google Team Up for Unique Film Promotion

Google and Warner Bros. Pictures have partnered to promote “Fantastic Beasts and Where to Find Them,” the prequel to the “Harry Potter” franchise, via integrations with Daydream View VR, Google Allo, YouTube and more. Among the features are a series of spells that users can cast by speaking to Google’s voice assistant: “Lumos” will turn on the phone’s flashlight and “Nox” will turn it off; “Silencio” will disable the ringer and notifications. Another feature of the partnership is integrating real-life locations in Google Street View and letting fans visit 1926 New York City.

TechCrunch reports that, among the film’s locations, people can visit the “Magical Congress of the USA (MACUSA),” which the movie’s lead Newt Scamander visits; an underground speakeasy, The Blind Pig; and the “magical apartment of Tina and Queenie Goldstein.” 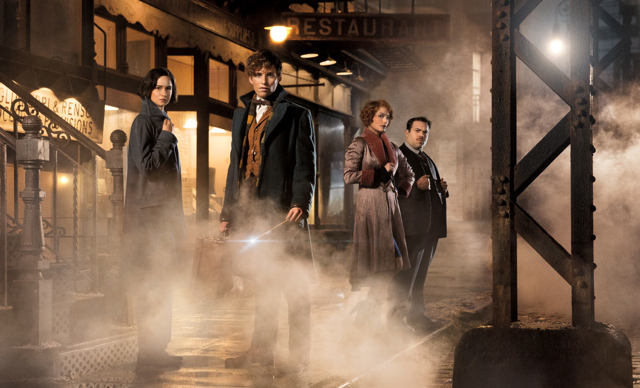 When Google’s Daydream View VR headset goes on sale in November, fans will be able to “explore other things like Newt’s case of spell casting tools, or solve puzzles and find beasts.” The integrations, now live, can be found on a dedicated URL.

There’s some history for this kind of partnership; Google previously worked with “Star Wars” ahead of the release of “Star Wars: The Force Awakens,” in an effort that saw the launch of “a dedicated portal where fans could pick the Light Side or Dark Side, and even apply a Star Wars theme across all of Google’s suite of applications, including Gmail, YouTube, Google Maps, Chrome, and more.”

The integrations with Warner Bros., says Google, “are not an advertisement, per se,” but rather the result of a “wider partnership” with Warner Bros. Pictures. Google, however, declined to give details of the deal.

TechCrunch reports that, although “money didn’t exchange hands,” the “win” for Google is “giving consumers a reason to try out new products, like its VR headset.” For Warner Bros., the partnership lets the company “reach viewers through social media and smartphones in an era where more people are turning to their mobile devices for entertainment, and spending less time watching television ads.”

Other promotions related to “Fantastic Beasts” are stickers in Google Allo, promoted spots in Google search and a recreated movie set in its London-based YouTube Space. Warner Bros. is also partnering with Amazon, “which will integrate five spells into its search engine that will cover the screen in a magical effect before directing you to a landing page about the movie,” a promotion that begins November 6 and goes until November 20.

Twitter also “launched a dozen special emojis in October that are triggered by select hashtags, and the film’s Twitter account is promoting exclusive clips that can be unlocked by tweeting spells.” Cast members at Comic-Con used Facebook Live to answer fans’ questions, and the movie’s Facebook Page offers a custom profile frame.