Vevo Buys Showyou to Cut Out YouTube, Compete with Spotify

Vevo, a joint venture of Universal Music Group, Google, Sony Music Entertainment, and Abu Dhabi Media, just bought Showyou, a subscription-based video streaming platform and Vevo’s first-ever acquisition. The move is largely seen as Vevo’s effort to become more independent from its reliance on YouTube and to compete directly with other premium products including YouTube Red and Spotify. Showyou, which started as a social curation platform in 2011, switched to a subscription-based service last year.

TechCrunch reports that, in November, Vevo — which has a library of 150,000 HD music videos and more than 12 billion monthly views globally — introduced an iPhone app that “focuses more heavily on video personalization and curation for the user,” in response to “growing interest in personalization from streaming companies like Spotify.” 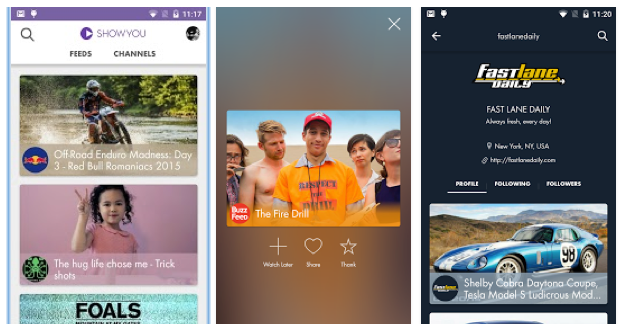 Showyou’s video comes from NASATV, the AP, Reddit TV, Vice Media, ABC News among others; content creators set the pricing for their channels.

According to Bloomberg, Vevo acquired Showyou for its technologies. By turning to a subscription model, Vevo will not just lessen its reliance on YouTube but also on Internet advertising.

The company’s new iPhone app, to be followed by apps for other operating systems, is part of chief executive Erik Huggers’ “quest to improve Vevo’s consumer products.” Huggers’ overall goal is to make Vevo a robust competitor as “consumption of online video surges” 20 percent to 57.6 minutes per day in 2016, as predicted by Zenith Optimedia.

As the online video advertising market grows to an estimated $19.8 billion worldwide in 2016, other media companies jumping into subscription products include CBS (All Access) and Time Warner (HBO Now).