In response to Edward Snowden’s revelations of government surveillance of ordinary citizens, many Internet and social media companies responded by creating encryption so advanced that even they couldn’t read users’ communications. Now, many critics say, terrorists and other criminals are using those same platforms because their messages will be safely encrypted from prying eyes of intelligence and government authorities. Among the strongest critic is the U.K. government, which is proposing that such encryption be illegal. 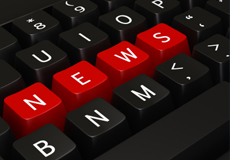 According to the U.K.’s Telegraph, measures in the Investigatory Powers Bill will “place in law a requirement on tech firms and service providers to be able to provide unencrypted communications to the police or spy agencies if requested through a warrant.”

Prime Minister David Cameron pleaded with the public and MPs to back the new surveillance measure, arguing that terrorists and criminals should be denied a “safe space” online. The law targets what is called end-to-end encryption, meaning that only sender and receiver can read the messages.

U.S. media, meanwhile, points the finger at Snowden, says Daily Dot, which reports that Fox News hosts Greg Gutfeld and Dana Perino directly blamed Snowden. The Intercept quotes FBI Director James Comey as saying that, “What concerns me about this is companies marketing something expressly to allow people to hold themselves beyond the law.”

Among the companies mentioned by Telegraph is Apple, whose website states there is “no way to decrypt iMessage and FaceTime data when it’s in transit between devices,” adding that the company couldn’t comply with a wiretap order even if they wanted to.

The concern over platforms goes beyond Apple. Quartz quotes the Belgian home federal affairs minister Jan Jambon as pointing at the danger of the PlayStation 4 gaming console, which is difficult for authorities to monitor. In June, an Austrian teen, working with ISIS, downloaded bomb plans to his PS4. But, notes Daily Dot, surveillance isn’t the answer.

“In response to the Charlie Hebdo attacks that hit Paris in January of 2015, France adopted one of the most aggressive surveillance laws in the Western world,” it says. “That was not enough to stop these attacks.”