Shawn DuBravac, chief economist for the Consumer Electronics Association, delivered his pre-CES press briefing, “2014 CES Trends to Watch.” DuBravac said he “wouldn’t be surprised to see 75 UHDTV announcements” this week, which could climb to about 150, when including hardware rollouts, distribution deals and related news. According to DuBravac, the big picture emerging trends this year will center on mass customization, multidimensional screen expansion, the age of autonomy, and curation and context. 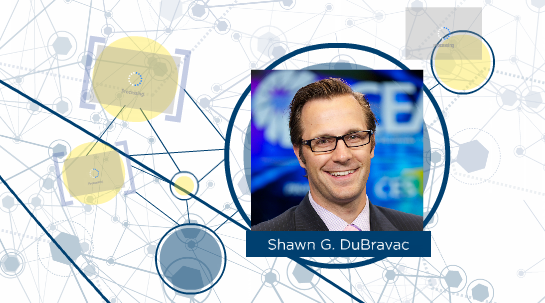 “DuBravac noted long-standing trends in how tech innovations are shown at CES and adopted,” explains Variety. “Tech at the show is divided into two broad categories, he said: Technology shown to prove it is technologically possible, and tech that is commercially viable.”

Examples of technology presently in the first category include transparent and flexible displays, which could take 5-10 years to become commercially viable. UHD has made its way to the second category, but technology is typically adopted on a curve.

He predicts slow early adoption of UHDTV, followed by more rapid growth, comparing it to the adoption pattern of 3D TV.

“3D TV has done really well,” DuBravac said, noting 100 percent growth last year. “We’ve just stopped talking about it.” However, he also noted that many “consumers are adopting it by default,” since they often purchase 3D sets for other functionality.

“DuBravac is also bullish on 3D printers, and said that about 7,000 square feet of exhibit space will be devoted to the devices at CES this year, and that 99,000 units will be sold worldwide in 2014,” reports Engadget. “Wearable technology is also expected to grow dramatically… with worldwide smartwatch sales hitting about 1.5 million this year, and ratcheting up to about 4 million by 2017.”

The complete “2014 CES Trends to Watch” Prezi slideshow is available on the CEA blog.