TNT has greenlit an unscripted investigation series called “APB with Troy Dunn” that will feature a new twist involving social media. Missing persons expert Troy Dunn will locate and reunite long-lost loved ones with friends and family. A social media app integrated into the show will enable viewers to get involved with the process. TNT has ordered six hour-long episodes. The series will debut on Friday, January 17, following the season 2 premiere of “Cold Justice.” 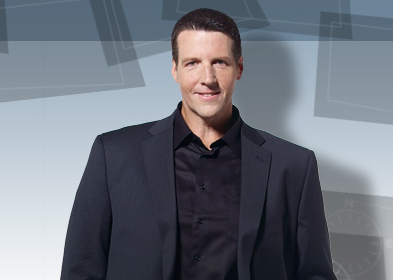 “‘APB with Troy Dunn’ is produced by Shed Media US, with Dunn, Pamela Healey, Dan Peirson and Ted Haimes exec producing,” reports Variety. “People who wish to have Troy investigate their cases in the hopes of finding their loved ones can submit their information…” via the show’s TNT site.

Launched in 2009, Shed Media US supplies programming to numerous networks, including ABC, Bravo, Discovery, Lifetime, NBC, TLC, USA and VH1. Among its programs: “Supernanny,” “The Real Housewives of New York City,” “Who Do You Think You Are?,” “Bethenny Ever After,” and “Basketball Wives.”

“In 1990, Dunn helped his mother — who was adopted as a baby — locate her own biological family,” notes The Hollywood Reporter. “Since then, his team has assisted thousands of people worldwide in finding their loved ones via TroyTheLocator.com. From 2008-10, Dunn starred in WE tv’s series ‘The Locator’ and is also the author of the book ‘It’s Never Too Late: Lessons for Life From The Locator.'”